Indiana Limestone Quarry Featured In Movie Gets Filled In 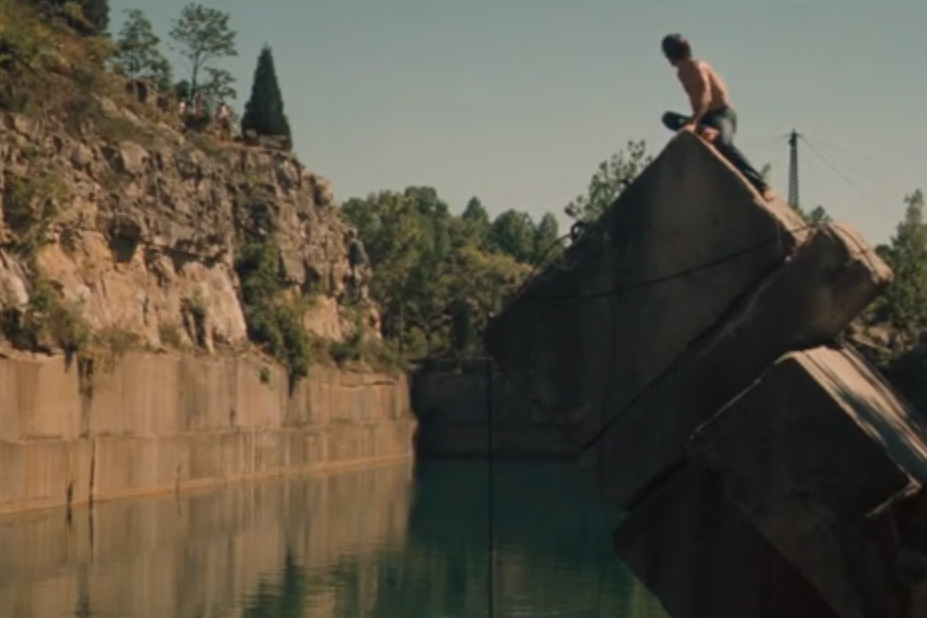 Sanders Quarry was featured in the 1979 movie "Breaking Away" (Credit: Twentieth Century Fox)

An Indiana limestone quarry featured in the 1979 movie "Breaking Away" has been filled in.

The Herald-Times reports that Sanders Quarry south of Bloomington was recently filled in. Law enforcement officials say the iconic spot has seen issues with people trespassing in order to imitate scenes from the movie.

Monroe County Sheriff Brad Swain says nearby residents complained about parking issues, break-ins and vandalism to cars. He says that three people have died in the past 25 years after jumping from the quarry's 65-foot-high (20-meter-high) ledges.

Indiana Limestone Co. made alterations to the area in 2016 to hinder access and discourage visitors, such as bulldozing trees and debris to the edge of the quarry and strategically placing boulders. The company declined to comment about the newly filled-in quarry.