How To Watch Gov. Holcomb's 2019 State Of The State Address 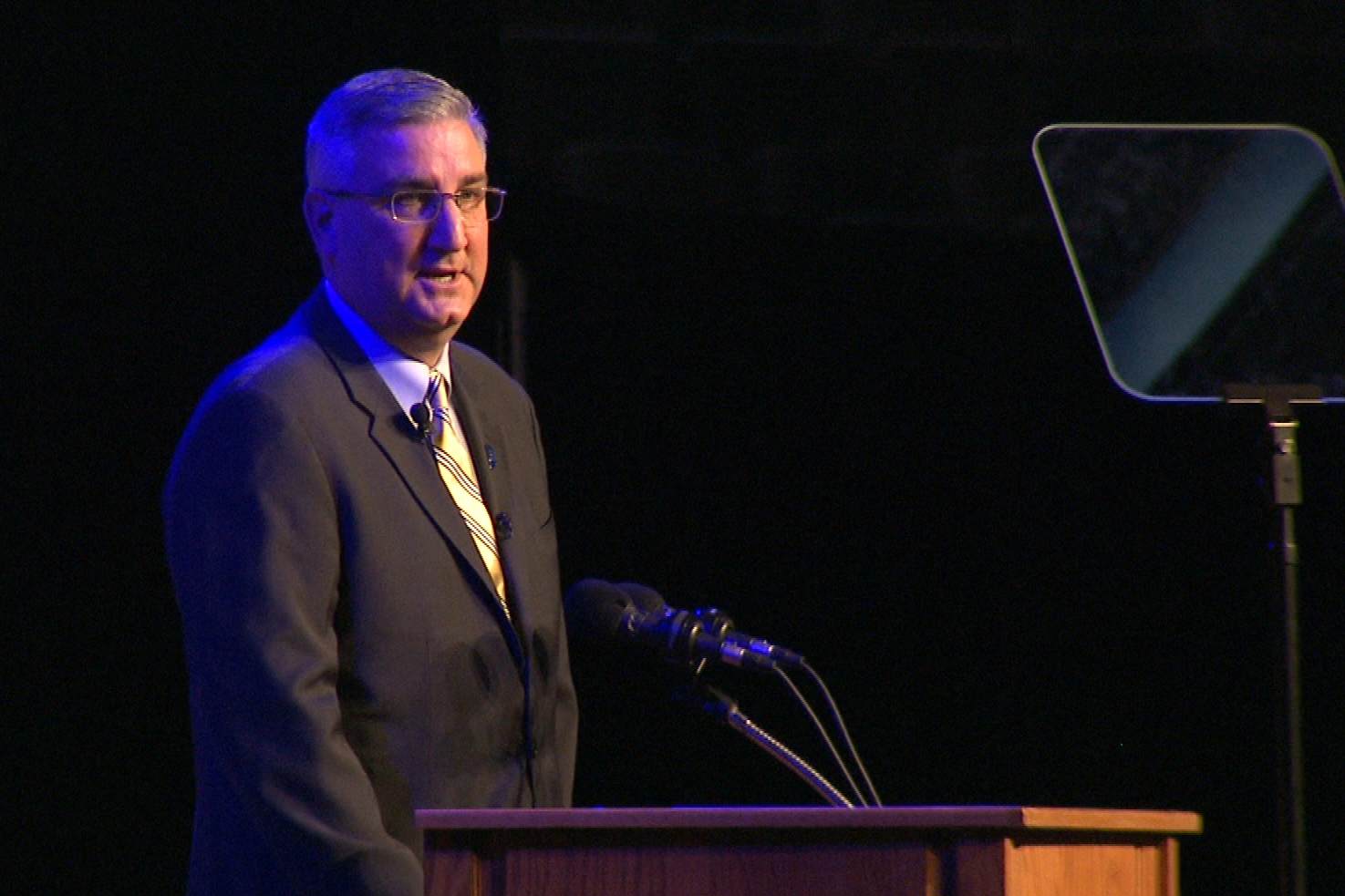 Indiana Gov. Eric Holcomb says he'll talk about the need for a state hate crimes law during his State of the State speech.

The Republican governor will be giving his third such speech Tuesday evening before a joint session of the Indiana House and Senate.

Holcomb said Monday he would also discuss education funding but didn't give details. Holcomb and Republican legislative leaders have talked about the importance of boosting teacher salaries, but the governor has proposed just a 2 percent funding increase for public schools each of the next two years.

Gov. Eric Holcomb's address starts Tuesday at 7 p.m. ET. Here's how you can watch or listen to the speech live.

Listen live at 7 p.m. on WFIU. You can stream WFIU from anywhere online.

Becca Costello contributed to this story.