How The Emerald Ash Borer Will Survive Indiana's Cold Snap 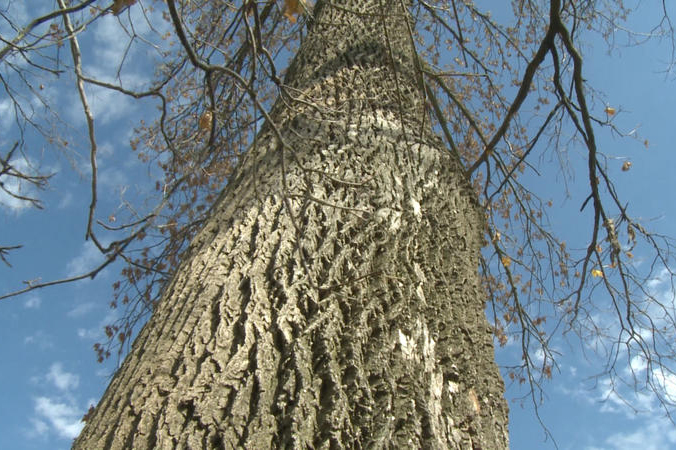 This latest cold snap could kill some emerald ash borer populations in northern states like Minnesota. But in warmer states like Indiana, the invasive borer is one resilient bug.

"These guys are pretty good at burrowing in underneath the bark of the tree and that tree helps to insulate them from the bulk of the bad weather," says Megan Abraham, director of the Indiana Department of Natural Resources Division of Entomology and Plant Pathology.

As a result, Abraham says it takes a long cold spell with really cold temperatures to kill off an emerald ash borer beetle. According to Purdue University, it would have to get down to about minus 28 degrees.

Kerry Bridges is an arborist with Tree Guy Incorporated in Bloomington. He says the emerald ash borer is not only used to Indiana winters, but it’s survived in much colder areas like Canada.

“I don’t foresee significant change or restriction of that bug’s reproduction and spread,” Bridges says.

What's more, emerald ash borer and some other insects have a unique way of keeping warm.

Purdue entomologist Cliff Sadof says the reason your nose starts to run when it’s cold out is because your body is trying to keep it from freezing. Mixing mucus with water lowers the freezing point. Sadof says insects like the emerald ash borer do something similar.

“But they are changing the composition of the fluids inside their body, so they act like antifreezes,” he says.

According to the Indiana Department of Natural Resources, the emerald ash borer has devastated ash trees in every county in the state. Bridges encourages homeowners that are having problems with emerald ash borer to keep treating their trees.

Sadof says the arctic blast could kill off some invasive bagworms, however. They’re the bugs that make silk-like sacs on trees and shrubs. Sadof says they tend to feed on junipers, spruces, pines, sugar maples, and elms.

Sadof and his team are currently studying bag worms. He says so far they've found that bag worms are more likely to survive the cold if they feed off of trees within about 25 feet of pavement or a building because it's warmer there.