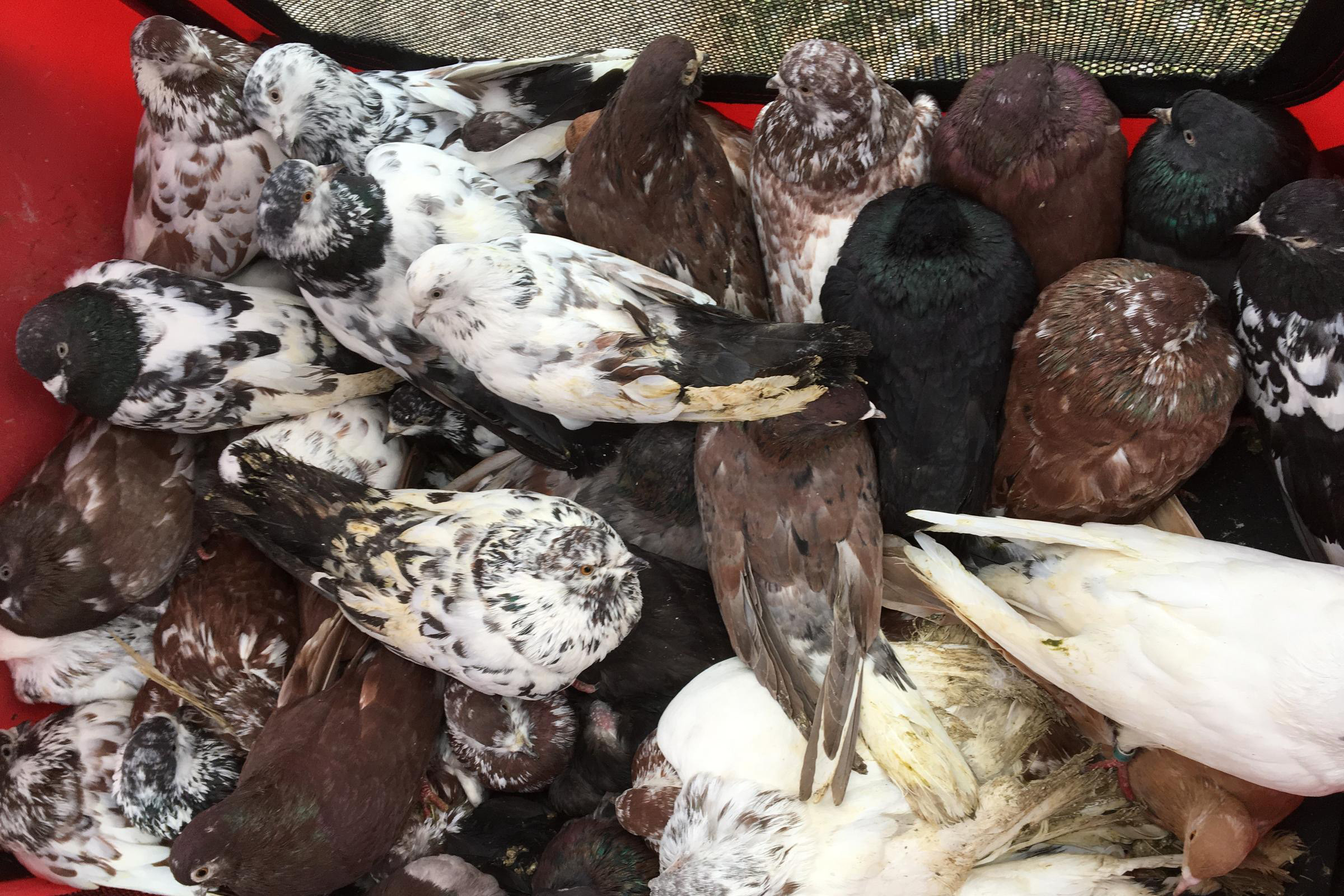 Multiple boxes of pigeons were stacked inside the dumpster. (Credit: Indiana State Police)

Indiana State Police say 50 pigeons found inside a dumpster at an I-65 rest area in early December are recuperating – and the birds may have been used for competitions.

Wildlife rehabilitator Kim Hoover got the call for assistance from the White County sheriff’s office around 3 a.m on Dec. 10, and headed to the Wolcott rest area at first light. She says the sealed boxes she found were “atrocious”.

“They were starving, they were sick, and nobody knows how long they were in there,” Hoover says.

Hoover says the birds were riddled with parasites and respiratory infections, and some had damaged feet. Five birds had already died inside, and two have died since. She also says these aren’t the wild pigeons most people might imagine—they’re domesticated.

“But abuse is abuse,” Hoover says. “These were not wild pigeons—these were owned, and maybe even made money at some time for someone.”

Hoover says homing pigeons are able to race each other for hundreds of miles, and do so for clubs of pigeon racing enthusiasts across the country. She says she called the numbers attached to the animals, but there’s confusion about whether the birds may have been sold to new owners at some point.

Hoover took in thirteen of the birds herself. She says when they’re healthy, they’ll head to an enclosure at Peaceable Primates, a baboon sanctuary in the Pulaski County town of Winamac. The rest are on the mend at an Indianapolis animal shelter and will be up for adoption as soon as they recover.