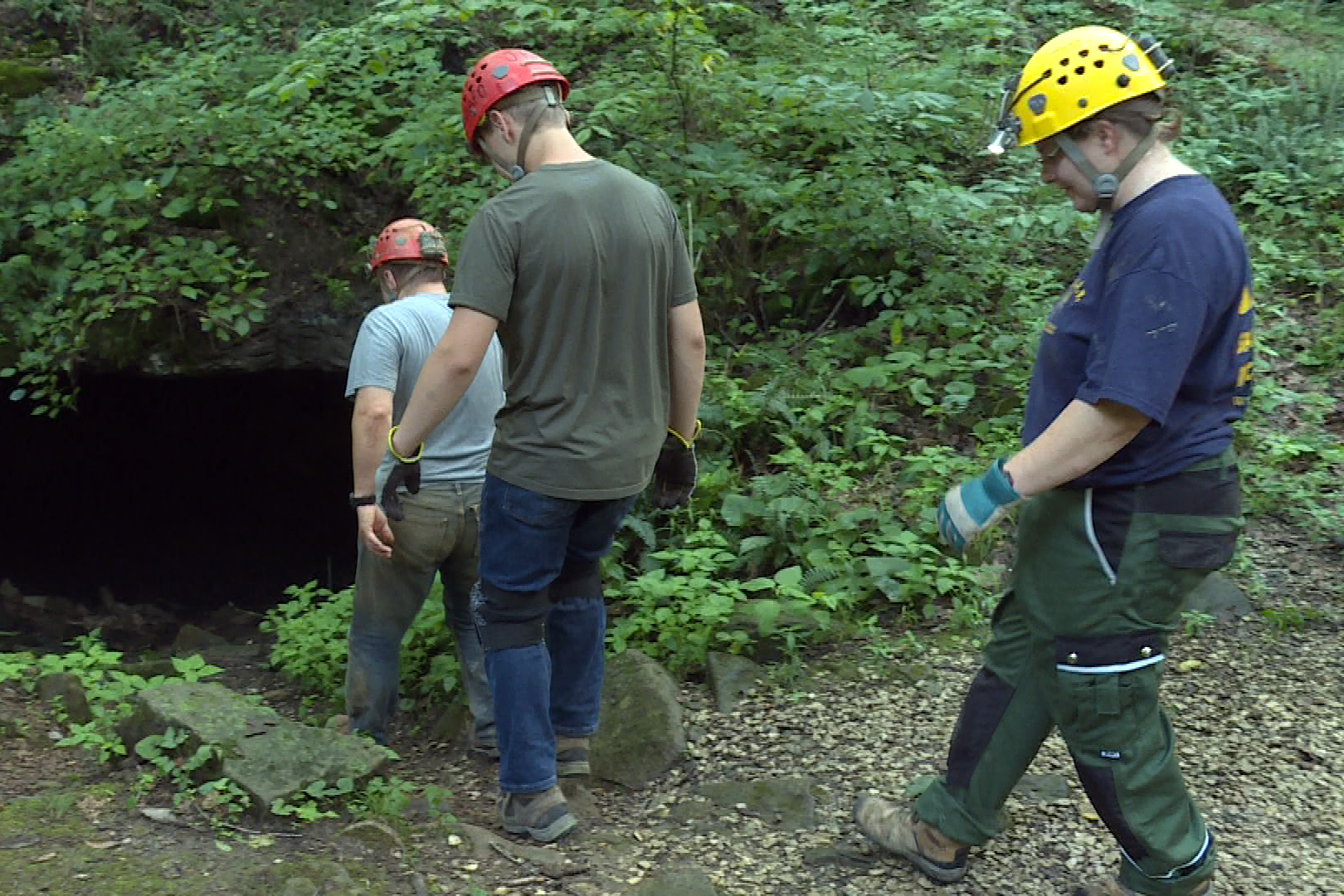 Southern Indiana is one of the best places to cave, and for the most part experts say it’s an extremely safe sport. But the unprecedented rescue of a soccer team in a flooded Thailand cave this summer captivated the world, and it led many people to wonder about their own safety.

Lindsey Wright and Becca Costello traveled underground to see how to stay safe while caving, and along the way, they ran into some things they weren’t expecting.

Imagine exploring a cave, hundreds of feet below the Earth’s surface. And somewhere along the way your flash light goes out. You don’t have a back up.

You wouldn't see much, and for many this would induce panic.

That’s why Anmar Mirza, the national coordinator for the National Cave Rescue Commission, says it’s important to be prepared for any situation when venturing into a cave.

"If you don’t follow good safe caving practices they can be dangerous," Mirza says. "But anyone going in with proper training for what they’re going into and proper equipment and following the very basic caving rules, caving is incredibly safe."

Mirza also manages the property in Bloomington where Buckner Cave sits; it's one of more than 3,000 caves in the Hoosier state. Mirza and a few other caving hobbyists head into Buckner Cave about once a week.

"We use that opportunity to kind of see what our weekend visitors have done, make sure nobody has done any vandalism," Mirza says. "But we also use it as a training ground for new people who want to get involved in caving."

Mirza says first: you should never go into a cave alone; small groups are best.

For a safe experience, cavers need some basic equipment.

"[A] helmet is very important, because you’re in a very small environment and you’re going to hit your head a lot," Mirza says. "My caving helmet actually has some pretty deep groves in it which if I hadn’t been wearing my helmet, probably would have been a skull fracture."

It’s difficult to fully understand how important even this basic equipment is until you’re in the trenches, so to speak. So, we took a trip to Indiana Caverns in Corydon for the 'Deep Darkness' tour.

The mental and physical endurance required sets this tour apart from other experiences.

But we're in good hands; Interpretive Staff Manager Sarah Blevins leads this tour at least a couple times a week.

This is not a leisurely hike. We descend down a 90 foot ladder, then strap ourselves in to scale a 100 foot slope.

From there, Blevins leads the group as we trudge through thigh high water, paddle across an underground river, and squeeze through tiny openings.

She says tours like this one are a good way to get your feet wet with caving, literally.

But they also make it abundantly clear why safety should be the first thing on any caver’s mind. Blevins says a caver has to be prepared for the unexpected.

By chance, we end up running into something unexpected on the Deep Darkness tour.

Our group comes across another Indiana Caverns guide named Tray Heinke. He's crouched on the ground with his phone, testing a communication device called goTenna Mesh.

Heinke tells us this technology could help with cave rescues. The device is basically a transmitter that boosts your cell signal so you can send a text message to the surface.

GoTenna made the mesh devices for emergency communications above ground, like during a natural disaster when communication lines are jammed. But they got excited when Heinke reached out to tell them what he was doing.

"So I told them I was testing underground and their ears all popped, like wait a minute, we never thought to do this, how is this even possible?" Heinke says. "So they started sending me a couple units and I’ve been in communication with them ever since just trying to further the reach of them underground."

Anmar Mirza, who is very experienced with cave rescues, says the technology is still pretty limited.

It costs about $180 for two devices, and you need a lot more than that to create enough of a relay to get a message to the surface through hundreds of feet of rock.

Mirza says he doesn’t think these devices will replace any current rescue systems, but it could be another tool for rescuers in the future.

What makes caving worth it

Sarah Blevins and Tray Heinke both know from experience that a caver has to be prepared for the unexpected. They were both part of a group that ended up trapped for nearly 40 hours a couple years ago when the caves unexpectedly flooded.

It wasn’t just luck that no one ended up hurt. Rescuers got them out, but the group was prepared to wait for help.

"There wasn’t forecast for rain when we went," Blevins says. "We knew what we were doing, we had the proper equipment, food, water, we were all wearing wet suits, we had trash bags, thermal blankets."

So there are serious risks when it comes to caving. But Mirza says of the thousands of people who go through Indiana’s caves each year, typically only a couple result in rescues.

"I’ve had something like 7,000 hours underground and my lifetime and the worst injuries I’ve gotten are a few bumps and bruises," he says.

And most cavers will tell you that when you're prepared and safe, the unexpected twists and turns make the experience worth it.

"It's the thrill of getting into something that no one has ever been in before, whether it's for exploration reasons, scientific reasons," Blevins says. "You never know what you're going to find down there."