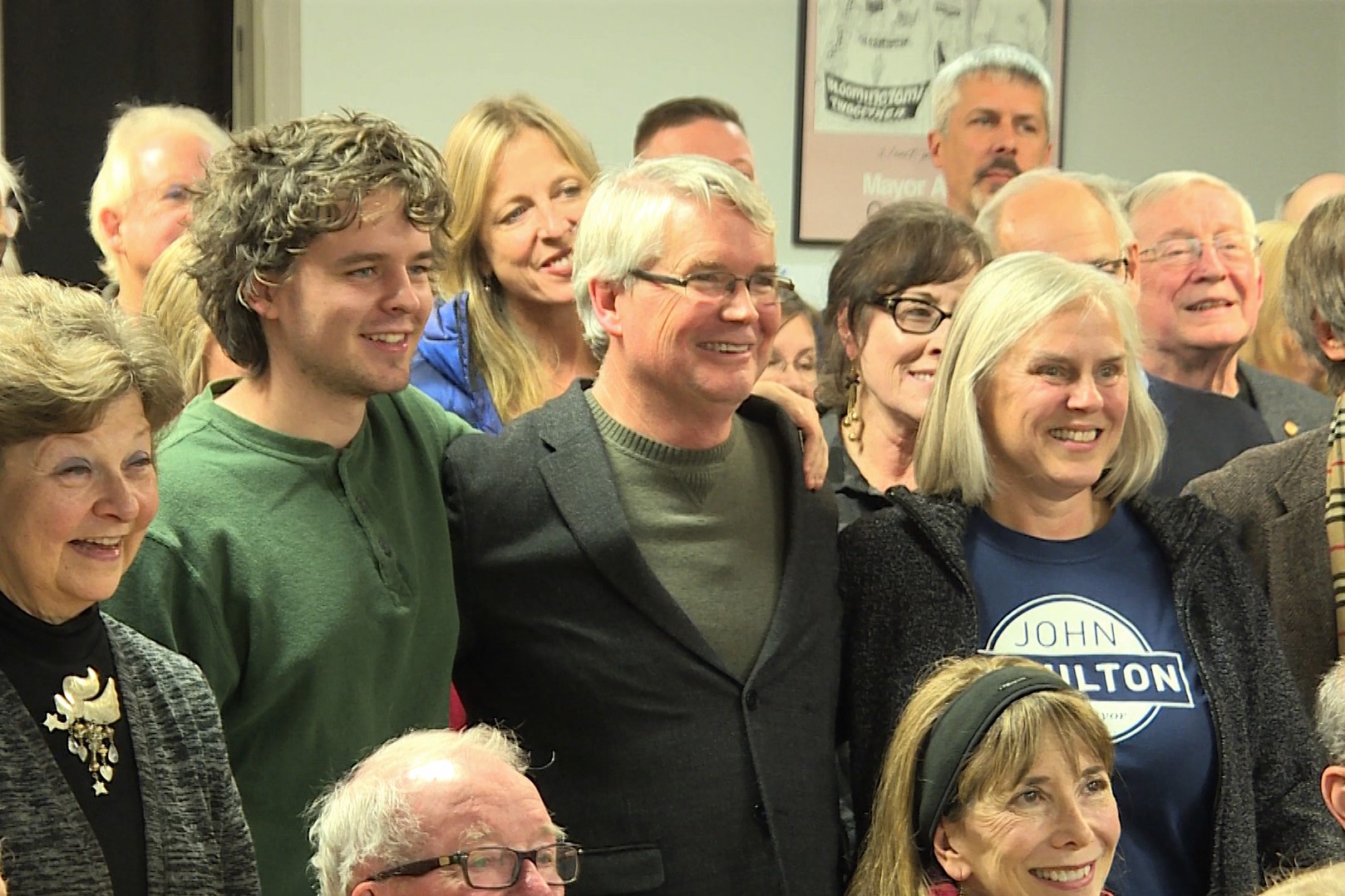 Bloomington Mayor John Hamilton is officially running for re-election in 2019. He made the announcement during his re-election launch party Tuesday night at the Monroe County Democratic Party Headquarters.

Hamilton says he feels the time is right to kick off his re-election campaign.

"It’s actually kind of in the middle of the holiday season but I felt it was appropriate to step forward to say I do believe were making very good progress as a community," Hamilton says. "Very privileged to work with wonderful staff and wonderful community and want to keep that momentum going."

He spoke about his appreciation for supporters and city leaders who have rallied behind him, extending special thanks to his wife, Dawn Johnsen, former mayor Tomi Allison and his campaign manager Kaisa Goodman.

Some of the good friends and supporters for mayoral campaign launch! Thx to Vi Simpson, Tomi Allison, Nicole Bolden, Susan Sandberg, Cathy Fuentes-Rohwer, Don Griffin, Israel Herrera and so many more cochairs and supporters who rally for BTowns future. pic.twitter.com/3TG0EpO4WP

Hamilton says he’s proud of the city’s progress in creating jobs and affordable housing while maintaining an accountable and transparent government.

Last month Monroe County Commissioner President Amanda Barge said she is creating an exploratory committee to see what kind of support there is for her candidacy.

Barge says the leadership of the city government lacks inclusiveness and has made no real progress since Hamilton took office in 2016.

Hamilton says differing opinions are both welcomed and expected and he looks forward to upcoming discussions and mayoral debates.

More details of his campaign goals will be revealed in January.