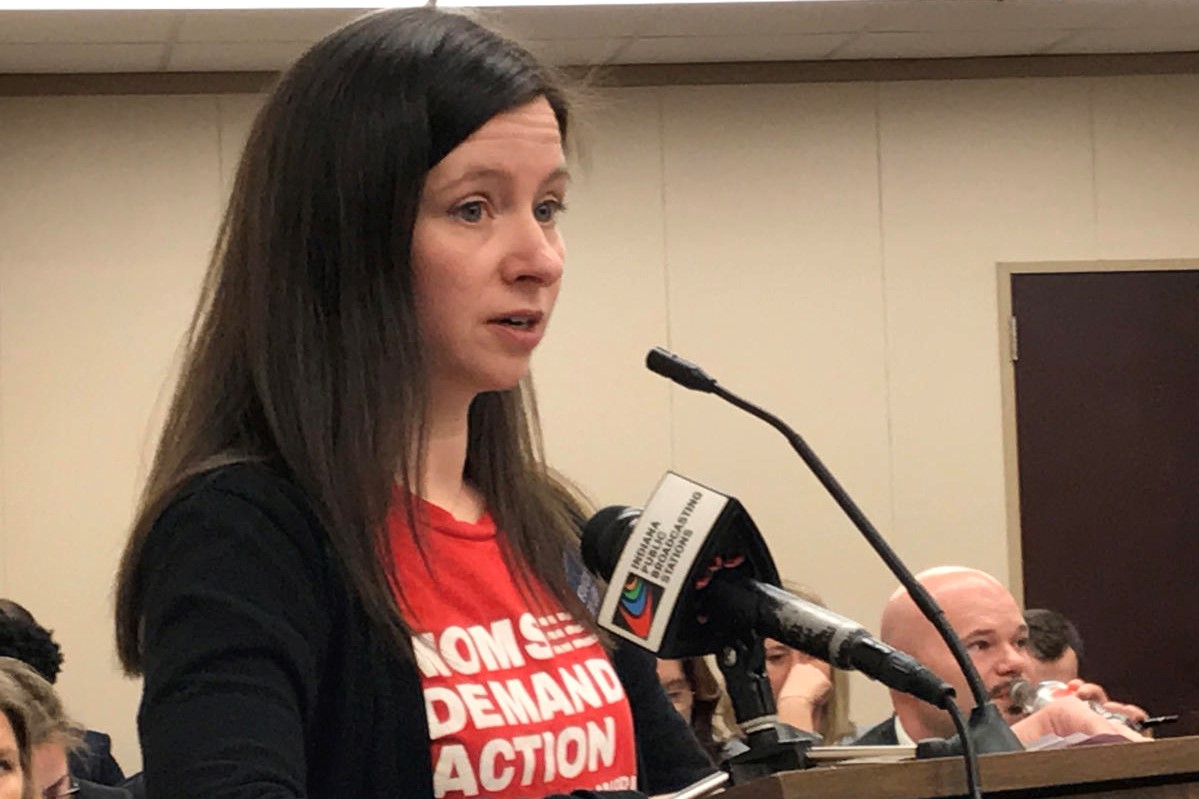 Bloomington resident Courtney Dailey is one of several members of Moms Demand Action who showed up at a House committee to oppose a gun bill. (Brandon Smith/IPB News)

Legislation that failed in 2018 is back again in 2019, once more trying to allow guns in churches on school property and make changes to Indiana’s gun licenses.

A House committee took hours of testimony Wednesday that was virtually identical to debate last session over a similar proposal.

Current law bars gun owners from carrying in church if it shares property with a school. The bill would allow the property owner – whether the church or the school – to decide.

“We believe that guns don’t belong in schools,” Guglielmo says.

“When a fee is attached to a right, it really is no longer a right," Kopacki says. "It becomes a privilege and we don’t believe that’s the original intent of the Second Amendment.”

Some police balk at the loss of funding from an elimination of that fee.

And the bill would change Indiana’s four-year handgun licenses to five-year terms. That shift would mean those license holders would no longer have to go through a background check at every gun purchase during the five years.

Correction: A previous version of this story included an incorrect photo caption. We apologize for the error.