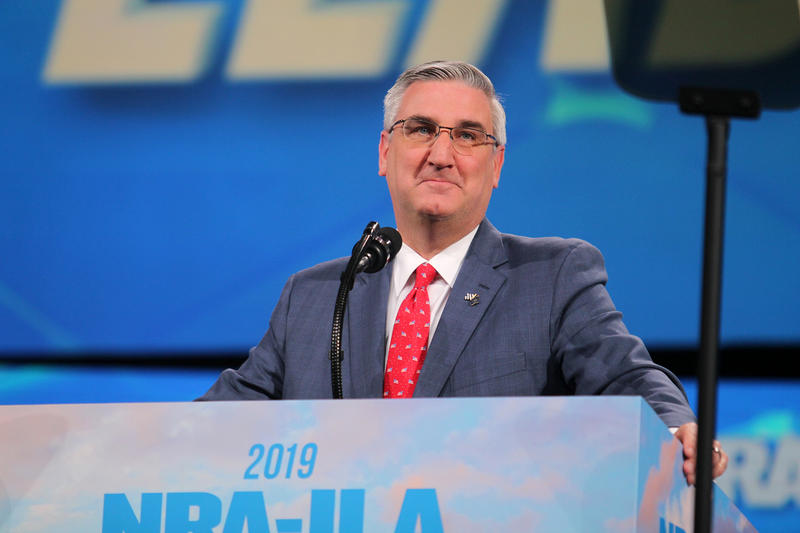 Mutz and former Lt. Gov. Kathy Davis, a Democrat, called on Holcomb Friday to expand Indiana’s vote-by-mail, as he did in the primary.

More Hoosiers want the option this year amid concerns about voting in-person during the COVID-19 pandemic. Holcomb has steadfastly shot down the idea in recent weeks; he insists polling places will be safe.

Mutz said there’s no reason to deprive Hoosiers of the choice to vote by mail.

“I think the resistance comes from pressure from Washington, D.C.," Mutz said. "I think these local officials are concerned about what Donald Trump may think about it.”

Trump has repeatedly alleged that expanded vote-by-mail will lead to fraudulent elections. Mutz called that "erroneous."

"Donald Trump is behind in the polls; he realizes he may lose," Mutz said. "He wants an excuse and if he can say, 'Well, it was rigged,' that's an excuse."

Analysis from MIT shows that over the last 20 years of mailed-in ballots across the country, there was fraud in just 0.00006 percent of all votes cast.

Some Indiana counties experienced problems in the primary with mailing ballots out and getting them back in time. Davis said that’s why the decision should be made now.

“I don’t think we can justify waiting for another 30 days of infection rates to suggest that we really need to provide this option. Fear of voting is suppression of voting,” Davis said.

Indiana is one of just seven states that hasn't expanded vote-by-mail for the 2020 general election.