By Lindsey Jackson and Chelsea Wardrop 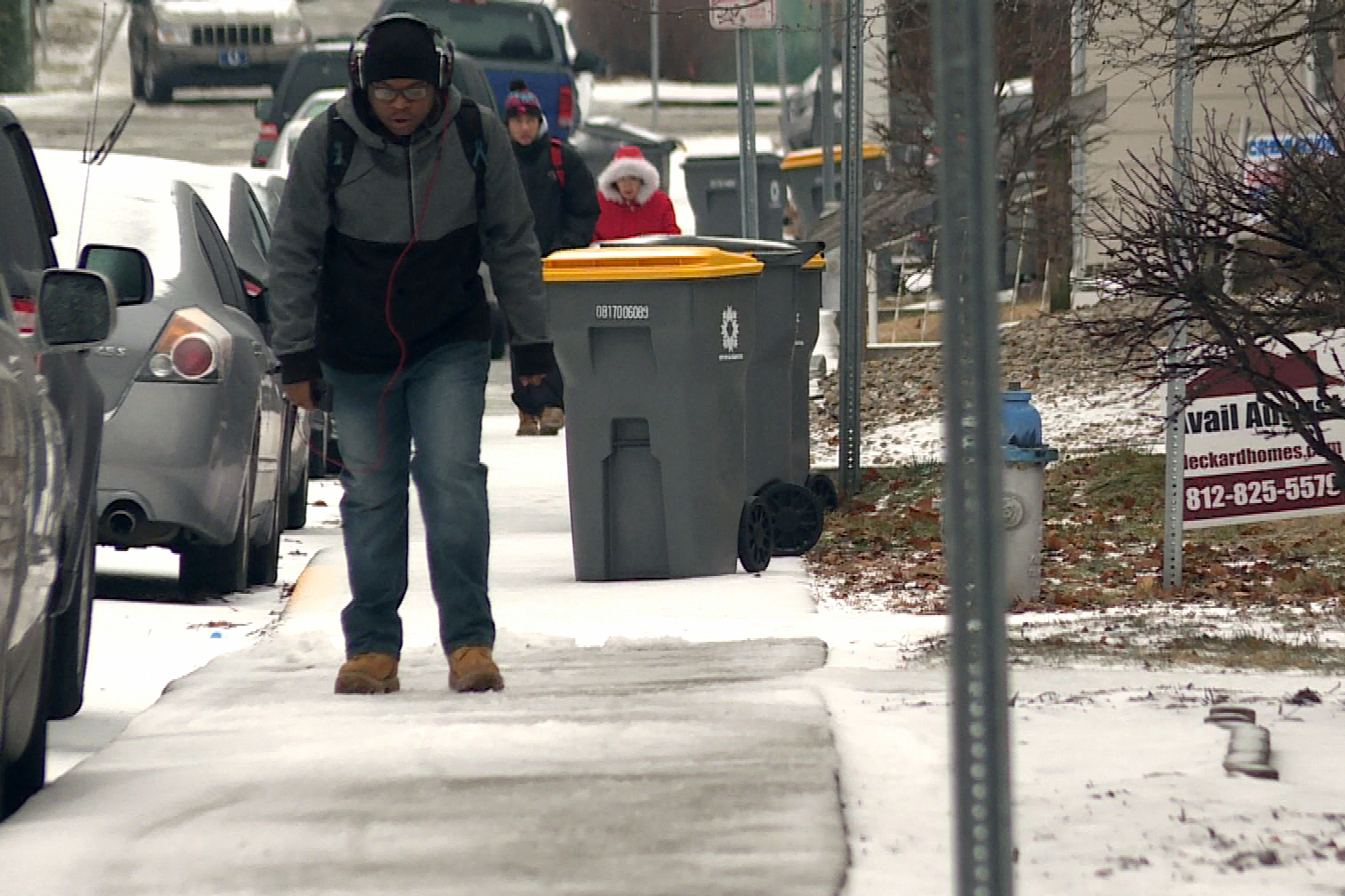 Forecasters say Friday's cold weather is just the beginning of what could be record low temperatures next week.

"Next week looks like the coldest air of the season for south central Indiana, including Bloomington, and potentially some of the coldest air we’ve seen impact our region in about five years," he says.

Ryan says wind chill temperatures are expected to improve this weekend, but you should still cover all exposed skin to avoid the risk of frostbite.

"If you’re out traveling, make sure that you have the proper gear in your car in case something happens like your car stalls somewhere and you’re stuck out in the elements for a longer period of time."

The forecast includes light snow over the weekend with little to no accumulations.

The cold Friday caused start delays at schools across Indiana.

Monroe County Community School Corporation spokesperson Andrew Clampitt says some students have to wait for their bus as early as six in the morning.

"It just allows us the opportunity to get a little bit flexible with the schedule and creative on how they can make up the lost class time," Clampitt says.

Clampitt says the district will speak with transportation directors at other school corporations, local law enforcement and state highway officials before deciding whether to delay or close school next week.