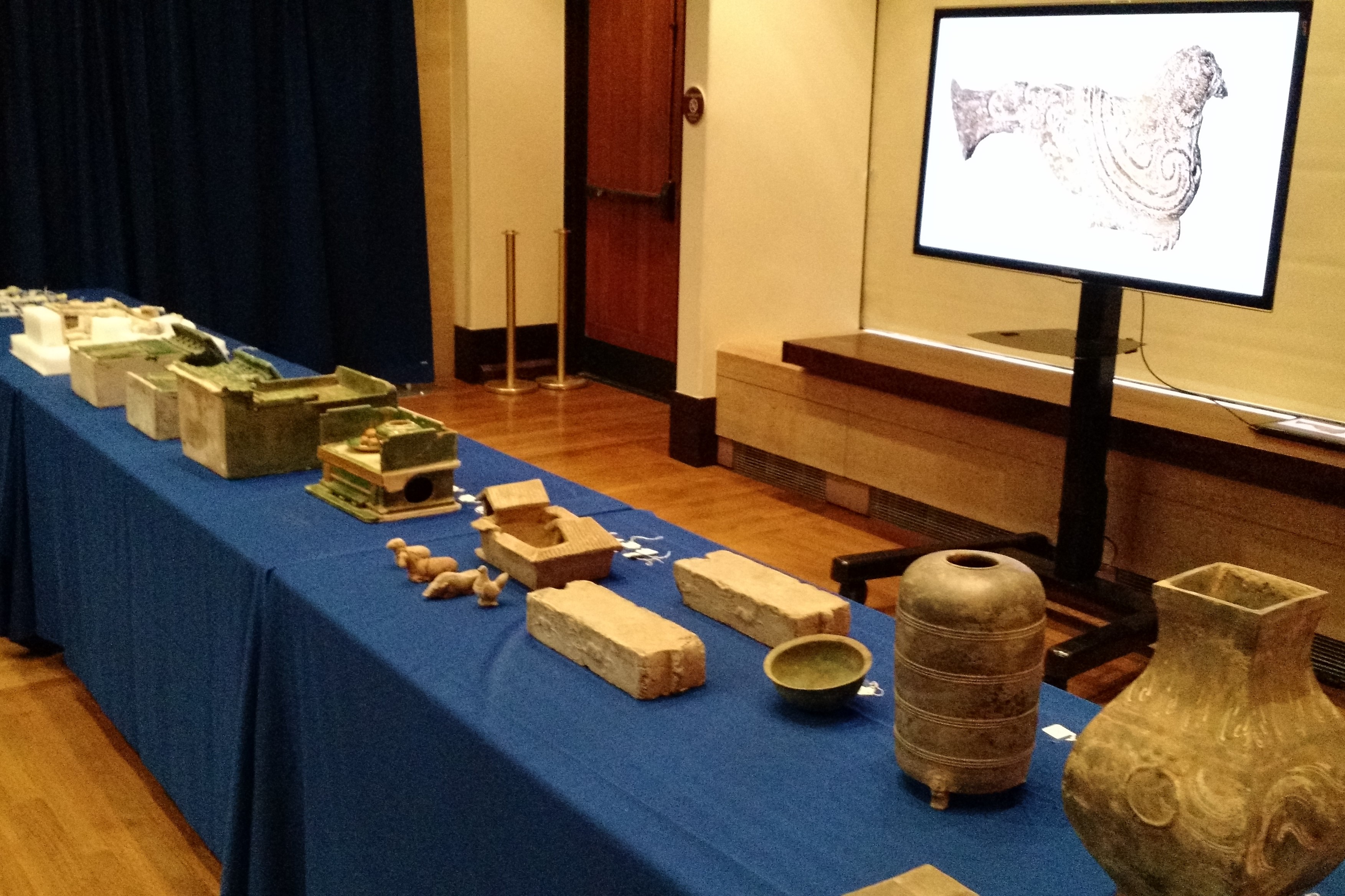 FBI officials are calling the return of nearly 400 Chinese cultural artifacts this week the largest in history.

The items were all from Don Miller’s collection. The FBI, acting on a tip, raided his Shelby County property in 2014. They found more than 42,000 artifacts from around the world, everything from shrunken heads to Native American human remains.

During a ceremony at the Eiteljorg Museum in Indianapolis, U.S. and Chinese officials praised the return of the artifacts to their rightful owners as a diplomatic achievement.

"This is fantastic right?  This is why we do these things," says Time Carpenter, FBI Supervisory Special Agent. "Cultural Property is different, we’re not talking about TV’s and cars.  This is cultural heritage, this is people’s identity.  It has meaning not only for the Chinese people but for the Americans as well."

Federal agents emphasized the importance of putting an end to the trafficking of stolen goods, which is a federal crime.

Following the 2014 raid, the FBI said that Don Miller may have knowingly and unknowingly collected artifacts in violation of several treaties and federal and state statutes.

When he passed away in 2015 he didn’t leave any record of the artifact’s origins.

The FBI says it’s still working to return thousands of artifacts to their rightful owners.

"It’s a very painstaking, time-consuming process," says Carpenter. "We have to do our work.  We have to do the homework on these pieces.  It involves collaboration with lots of partners as you can see here, it’s not just an FBI effort."

Several thousands of pieces are still in the process of being identified and repatriated.

The FBI has returned other artifacts once in Miller’s possession to Canada, New Zealand, Spain, Colombia and Ecuador. The agency has what it calls an invitation only website to search for the rightful owners of other artifacts.