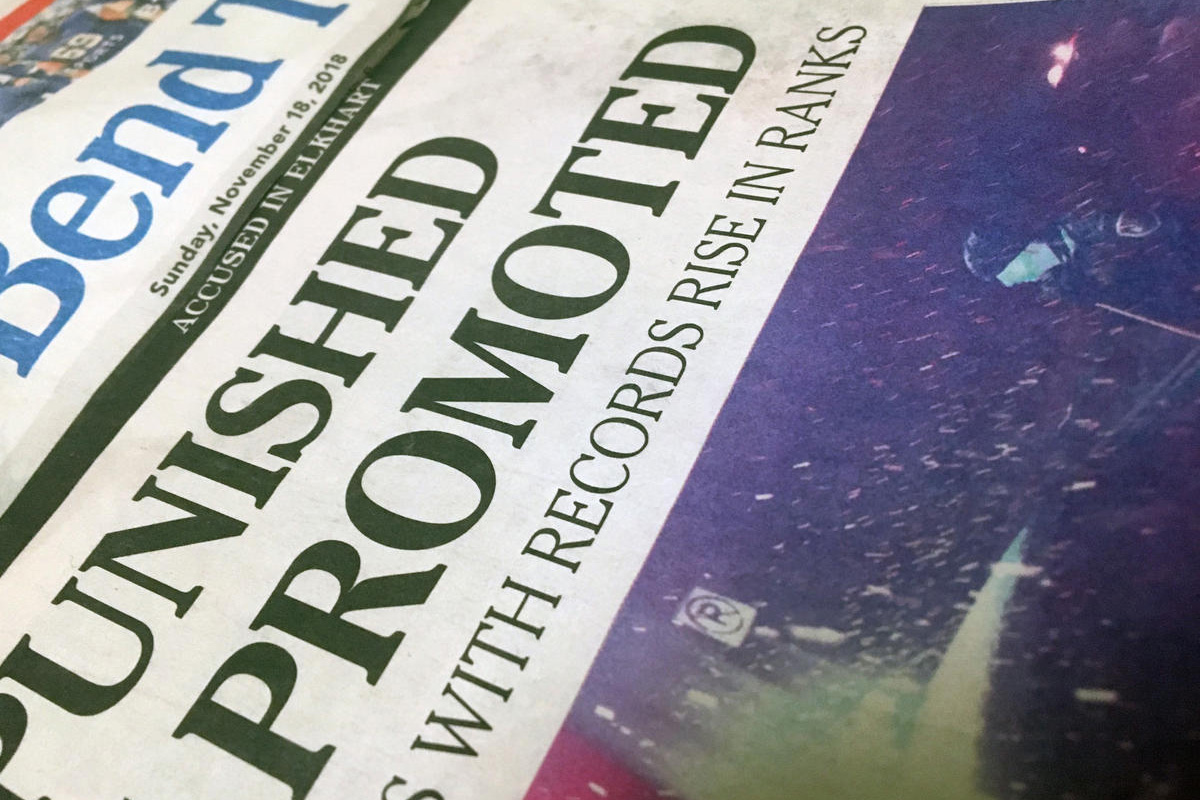 The mayor of Elkhart has named a new permanent replacement for a police chief who resigned under fire.

Snyder has served previously as a lieutenant, as the northern Indiana department's spokesman and, most recently, as a detective assigned to the Elkhart County Homicide Unit.

Neese said in a news release that Snyder "is well-known and respected throughout the community for his professionalism and transparency. During his years of service to the department, he has also earned the trust of his colleagues and other city staff."

Windbigler resigned while serving a monthlong unpaid suspension after understating the severity of the Jan. 12 incident in which two officers beat a handcuffed man.