Democrats Look To Municipal Elections To Build Up For Statewide Races 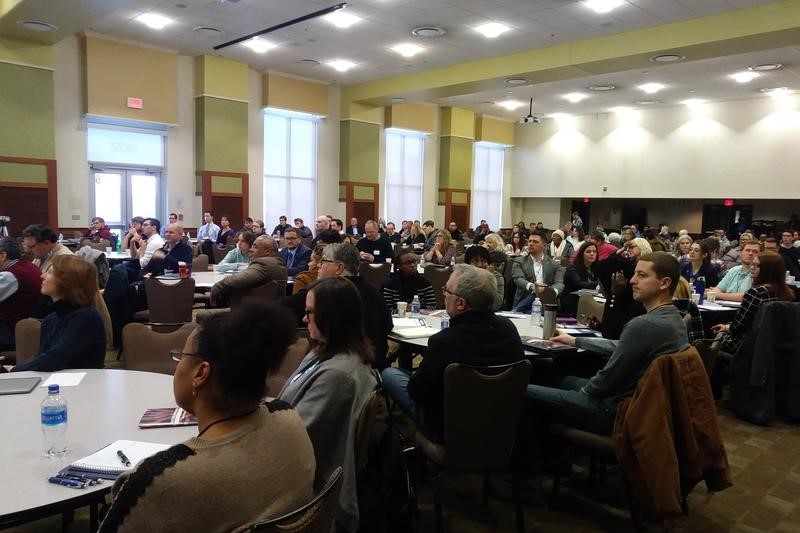 Prospective Democratic candidates for municipal races across the state gathered in Indianapolis Saturday for candidate bootcamp. The training is part of a larger strategy to build Indiana’s bench of Democrats.

The National Democratic Training Committee and the Indiana Democratic Party hosted training for Democrats considering a run for office in 2019. Potential candidates from Evansville to Fort Wayne spent the day learning about campaign strategy, finance and social media.

“If we’re going win statewide, we’ve got to continue to build that bench and enhance the skills all across the state and in all 92 counties,” Zody says.

He was the keynote speaker at the event.

“There are a lot of really unexpected things that we can do as people being new to politics,” Chyung says. “I think that’s kind of the key that we have people that have fresh perspectives, new ideas.”

Potential 2019 candidate Alex Burton says he came to learn the things he wishes he knew the first time he ran. He ran for Evansville city council position in 2015.

“I’m really just looking to get all the information, data – and really just move forward to run the best campaign I can,” Burton says.

The National Democratic Training Committee intends to host more of these conferences throughout the state.