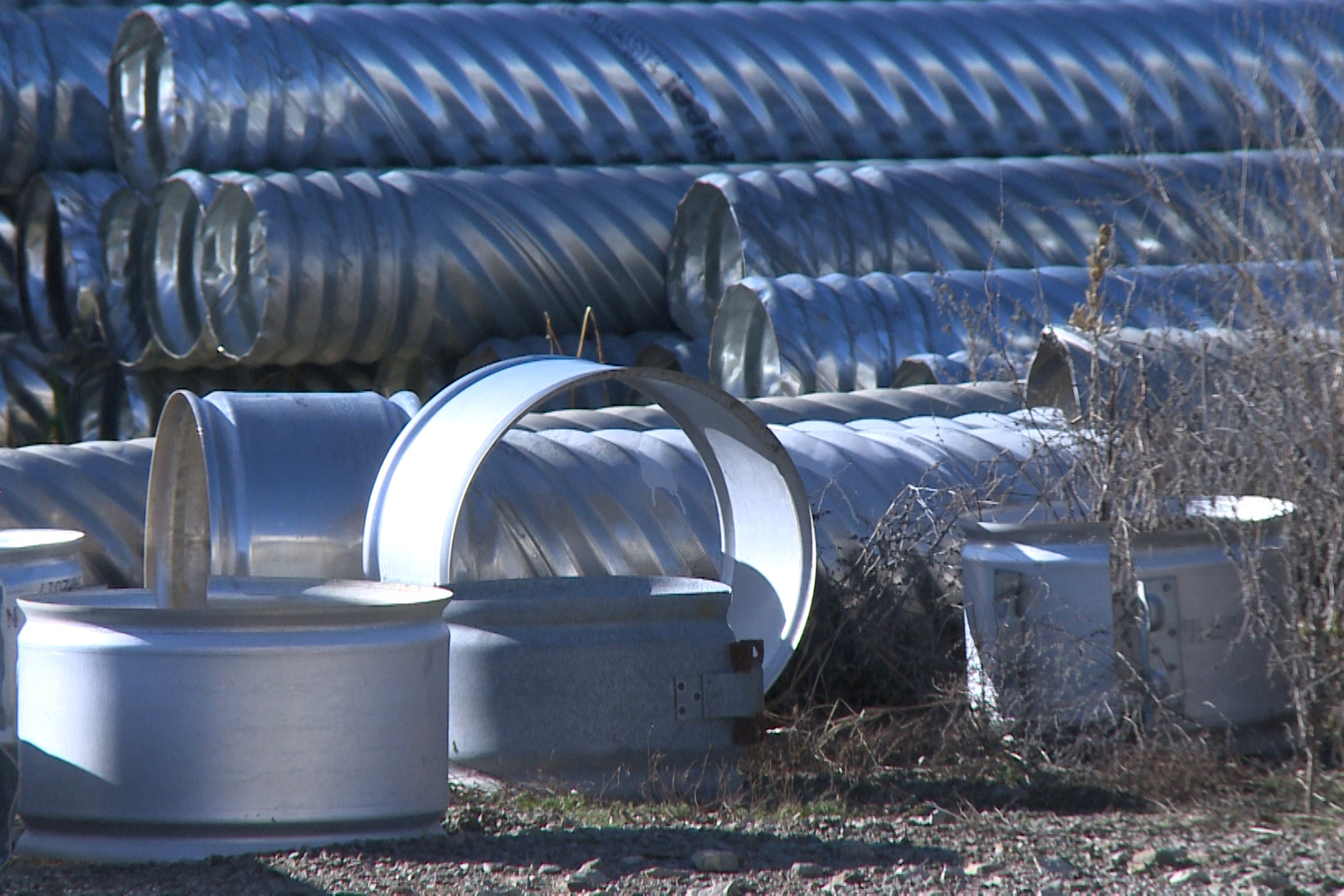 Culvert pipes range in size and can be made of steel and aluminum. (Lindsey Wright, WFIU/WTIU News)

The hike is due to U.S. implemented steel and aluminum tariffs on China, and those in the industry say some are turning to other options.

Bartholomew County Highway Engineer Danny Hollander says there’s probably a culvert pipe every four miles or so around town, depending on the terrain.

He says the highway department spent a little over half a million dollars replacing the pipes last year. Crews work on them year round.

"Anytime we pave a road we replace the culverts underneath because we don’t want to dig up the road after it’s been paved," Hollander says.

The department lock in prices annually and this year, they’ll pay significantly more for the pipes thanks to steel and aluminum tariffs.

One supplier says customers are turning to plastic culvert pipes because they’re cheaper.

Joyce Mounce manages 37 Pipe and Supply in Bedford. She says costs of the plastic pipes fluctuate with fuel prices.

"More people now a days, if it’ll do the same job, they’re gonna go for the cheaper price," Mounce says.

Hollander says the county highway department has a set budget, and the increased prices only increase the chances of running out of funds.