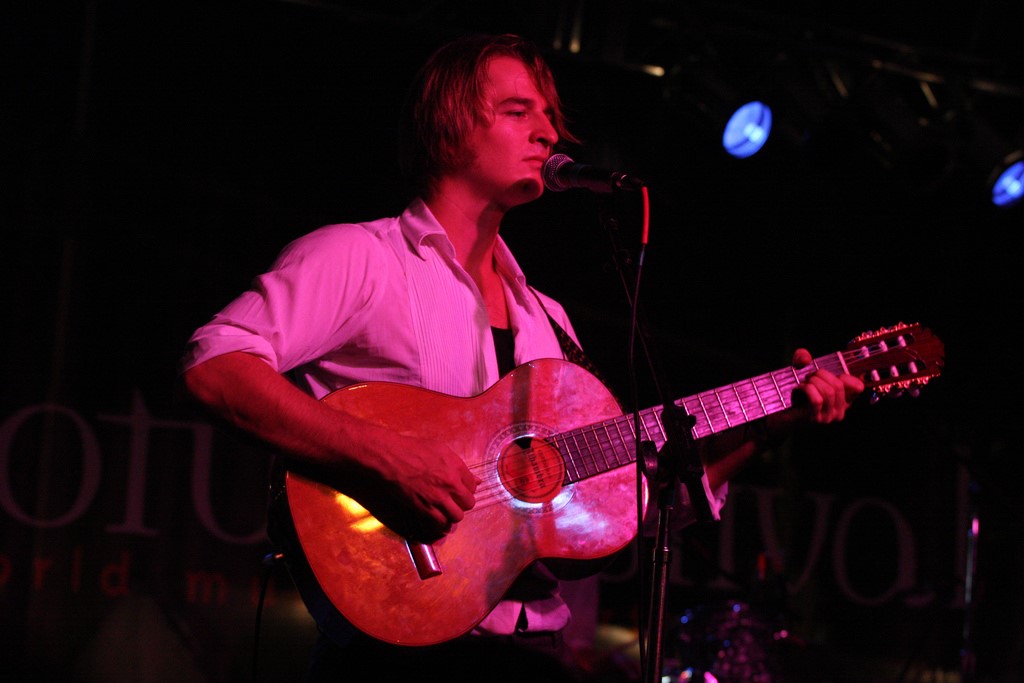 The festival features artists from around the world. (Photo: Andrew Olanoff/WFIU)

The Lotus World Music and Arts Festival will celebrate its 25th anniversary in Bloomington this weekend.

“It wasn’t even something they were sure was going to continue in 1994. It was a one-time thing. Two venues, a couple hundred people, a handful of artists and you know now it’s grown to be one of Bloomington’s signature events.”

The festival features artists from around the world. There will be at least 80 hours of free programming for those who didn’t purchase a ticket but still want to participate.

The Indiana University Marching Hundred Drumline will make an appearance Friday night. Fass says it’s one of the biggest line ups the festivals had, with several returning performers.

And she says local residents play a crucial role in its success.

“But it is really grassroots, very community involved. So it’s grown incrementally over the last 25 years. But it continues to have that strong volunteer core at its base. It’s really something that is of and by our community.”

Several Bloomington restaurants will feature Lotus Festival themed food and drink specials. All proceeds will go to the Lotus Education and Arts Foundation.

The Foundation acquired the old fire station on South Rogers in 2015 with a vision of making it a public arts center.

They conducted a capital campaign to raise money to begin renovating the space this year. The renovations officially began in January 2018.

Fass says the renovations are almost complete and they will have several events to celebrate the completion of the recent renovations.

The new headquarters for Lotus Arts and Education Foundation is set to open up to the public in January 2019.