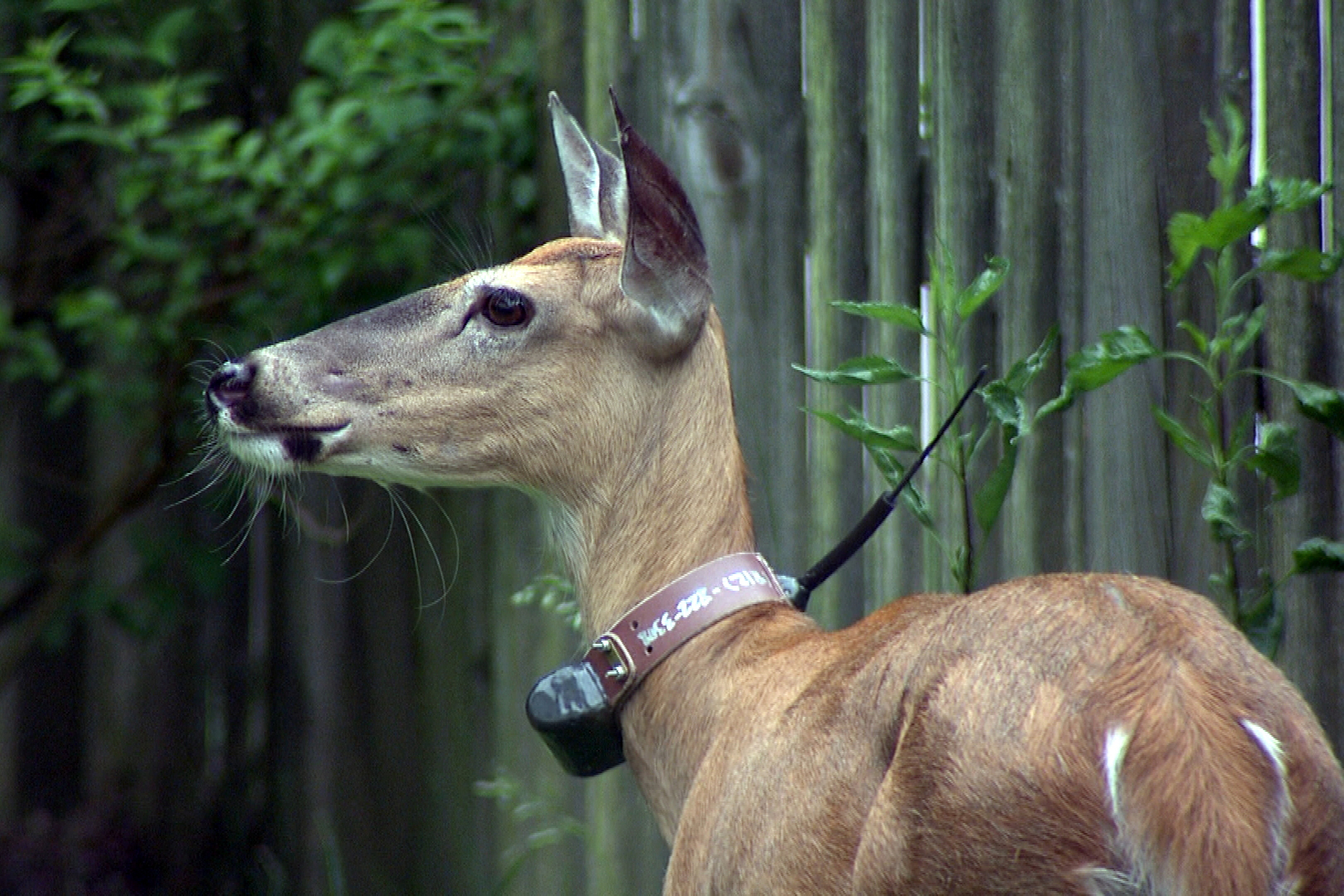 Martha Sattinger and Steve Stroup spent nearly 8 years building their garden. You could say gardening is a lifestyle for them.

"Planting seeds, for me, is very much an exercise in patience and faith," Stroup says. "Faith that those seeds will poke through the ground in a week or two, and the patience to let them do that on their own time."

Their garden is an impressive collection of fruits and vegetables, along with several spices and herbs. Eventually, it got so large that it spilled into their front yard. That's where the trouble began.

"We had recognized that we didn't get to choose what we grew," Sattinger says. "The deer were making all the decisions for us and everyone else in the neighborhood."

We didn't get to choose what we grew. The deer were making all the decisions for us.

The deer were a constant presence, so Steve and Martha decided to build a fence along the perimeter of their property. But while the fence provided a solution for the deer, it caused more problems with the garden and the city.

"Someone called and complained that we were building a structure that was too high in the front yard," Stroup says.

Their fence is just one example of how citizens are trying to coexist with the urban deer. It illustrates how complicated it is to solve problems caused by the deer because the different solutions can cause conflict within neighborhoods.

"It's a difficult thing to come to a conclusion about because so many people have such different views on the subject," Stroup says.

Bloomington Mayor John Hamilton says the city has two major problems with deer. At Griffy Lake, the large population is damaging the city park. In 2010, residents sent a petition to the city in an effort to overthrow a bill that would allow deer hunting at Griffy Lake to combat the overpopulation.

The other problem with the urban deer is their impact on neighborhoods. Citizens say they are having more encounters with the animals, which eat away yards and gardens. Families have also reported attacks on pets.

And the city's seeing an increase in the number of deer ticks, leading to health concerns for residents.

"With the urban deer issue, I've felt and I continue to feel, it's really a neighborhood-by-neighborhood issue," Hamilton says.

Jonathan Trudeau is a graduate students from Ball State University's wildlife lab. He's studying the effects of urbanization of white-tailed deer in Southern Indiana. They use deer collars, GPS navigation, and radio tracking systems to track the deer and gather data.

Even though Ball State's research team takes strong interest in Bloomington deer, they don't see the increase in population as much of a threat.

"We're just down here collecting data for the city," Trudeau says. "We're not trying to say there is an issue or anything like that. But in other areas where they've had really high densities, the biggest issue is more vehicle collisions."

The research could provide insight into the problems posed by urban deer and how to best address the growing population.

For Martha and Steve, their garden provides another angle for city council to consider.

"It could be a long time coming, and what is much more expedient is what we've done," Stroup says. "Let's change the fencing laws, make it legal for citizens to put up a fence that is adequate to keep the deer out."

The city council isn't taking any action at this time to actively address the urban deer, but it did previously have a committee tasked with examining the issue. And it's one that's likely to come up again.

"Will it take a city-wide solution? I'm not sure," says Mayor Hamilton. "So I really encourage city council to think about that, individuals to talk to me, to talk to a council member, about what you think we ought to do. And I expect we're going to be talking about it in the months ahead."