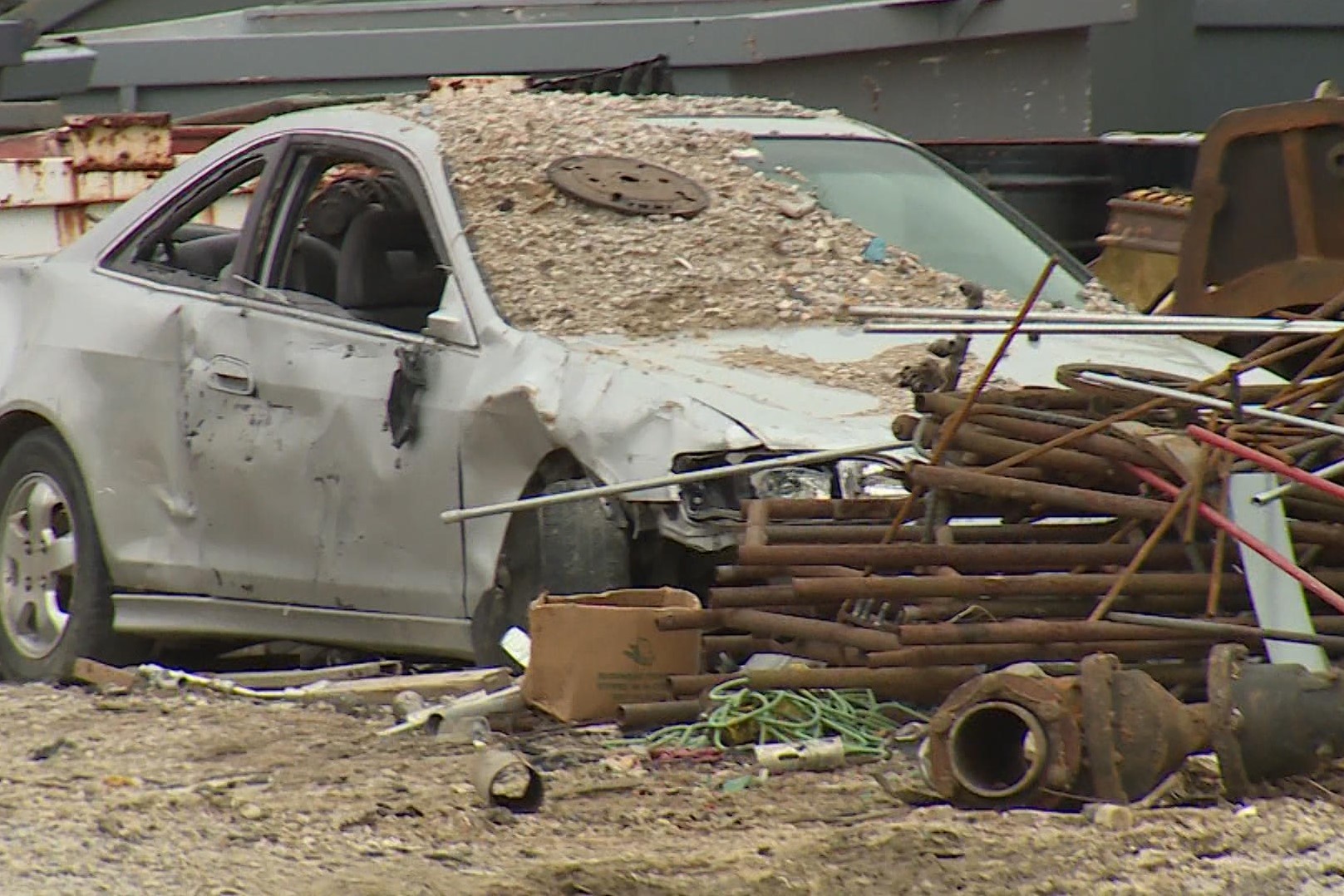 A car waits to be scrapped at J.B.'s Salvage on the northwest side of Bloomington. (Steve Burns)

Residents in a Bloomington neighborhood suspect pollution from a nearby salvage yard is washing onto their soil during heavy rains. The city council wants the Indiana Department of Environmental Management to test the soil and find out if the concerns are valid.

Sarah Cahillane has lived in the Waterman neighborhood for three years. She says like her, many people in this area have to work two jobs to make ends meet.

When she found out that J.B.’s Salvage had stormwater runoff violations in the past, she asked the Center for Urban Health at IUPUI to test soil in the neighborhood. Many samples came back with heavy metals above average levels — including chromium, arsenic, nickel, copper, zinc and lead.

Arsenic, for example, was more than 30 times higher than normal. Cahillane says levels of heavy metals were especially high in low spots in the neighborhood that often get runoff from J.B.'s Salvage.

Sara Hamidovic owns VET Environmental Engineering out of Bloomington and has worked with J.B.’s for about eight years.

“There are several salvage yards in the Waterman neighborhood and adjacent to where we are today that have been used for that land use for decades,” she says.

Based on tests she’s done at J.B.’s salvage, Hamidovic suspects the contamination is coming from these older sites. She says chromium, for one, isn't used in newer cars as much any more — that was more popular in the 1950s through the 1970s, when cars were made of more metal.

Hamidovic says she was also told by IDEM that Bloomington naturally has high levels of arsenic in the soil. Though a 2004 bulletin from IDEM says arsenic levels in the state generally range from 2 to 13 parts per million (ppm). Some samples at the Waterman neighborhood were as high as 71 and 166 ppm.

Cahillane says it doesn’t matter to her where it’s coming from — she’s concerned about the neighborhood's safety.

“We know now that it exists so can — we hope that someone will help us with the situation,” she says.

Hamidovic says J.B’s Salvage does have issues with stormwater pollutants leaving the site, but is working to control them. She says IDEM didn't really start enforcing stormwater runoff at salvage yards until 2009 and that the agency has admitted it's still figuring out how to enforce standards so that salvage yards don't exceed their benchmarks.