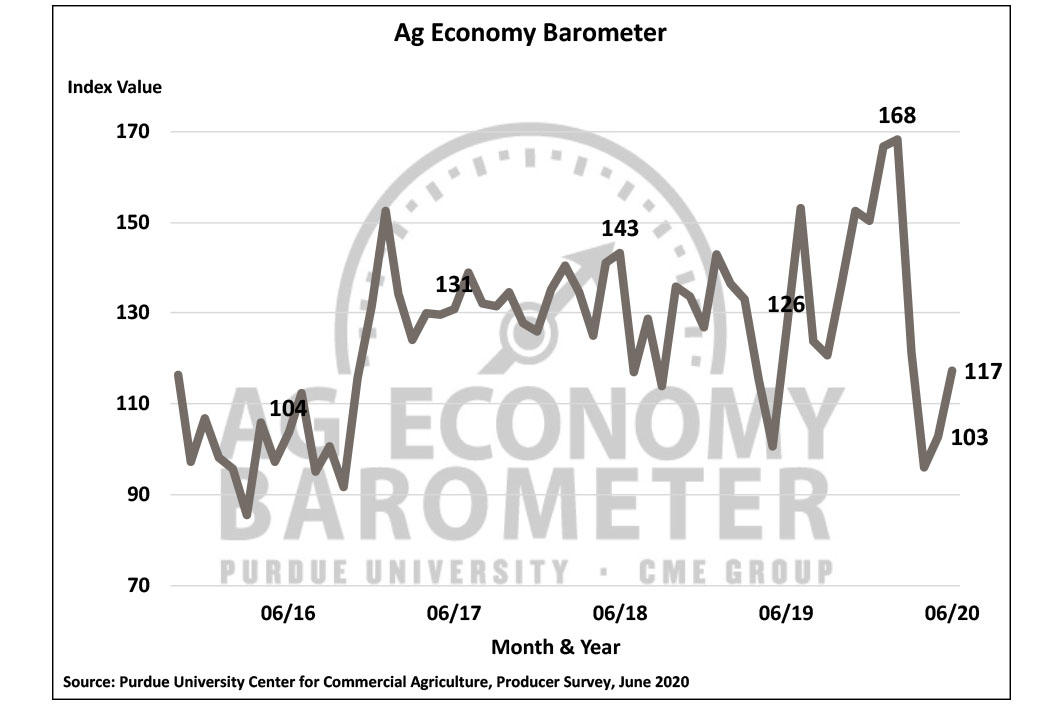 The coronavirus pandemic has caused American farmers to feel less optimistic than before about their present and future. A recent national survey shows farmer sentiment is improving for a second month in a row after falling from its all-time highest point earlier this year.

Purdue University’s Ag Economy Barometer showed farmers feel better about their prospects in June than they did earlier this year.

The survey recorded its highest level of optimism in February, when most farmers believed the U.S. was resolving international trade issues.

That was before COVID-19 shut down much of the global economy. "Stay-At-Home" mandates strained food supply chains. The ethanol industry slowed to the point that it temporarily shut down some refineries.

“Farmers were probably feeling better about the fact that compared to last year in particular, spring planting progressed much more normal fashion, crops look like they were pretty good shape,” said Mintert. “Looking ahead, people felt better about the U.S. economy starting to open up a bit.

He said the levels are still nowhere near where they were in February before the pandemic.

The June survey was also the first to be taken after the United States Department of Agriculture released plans to distribute $16 billion to help offset farmers losses due to the pandemic.

Mintert said most survey respondents say the aid provides them at least some relief on their 2020 farm income.

“Although the support received from the Coronavirus Food Assistance Program is probably much appreciated by farmers, a lot of folks, roughly two-thirds, still feel that it’s not enough for the losses that they incurred,” he said.

The barometer surveys 400 agricultural producers across the country each month.