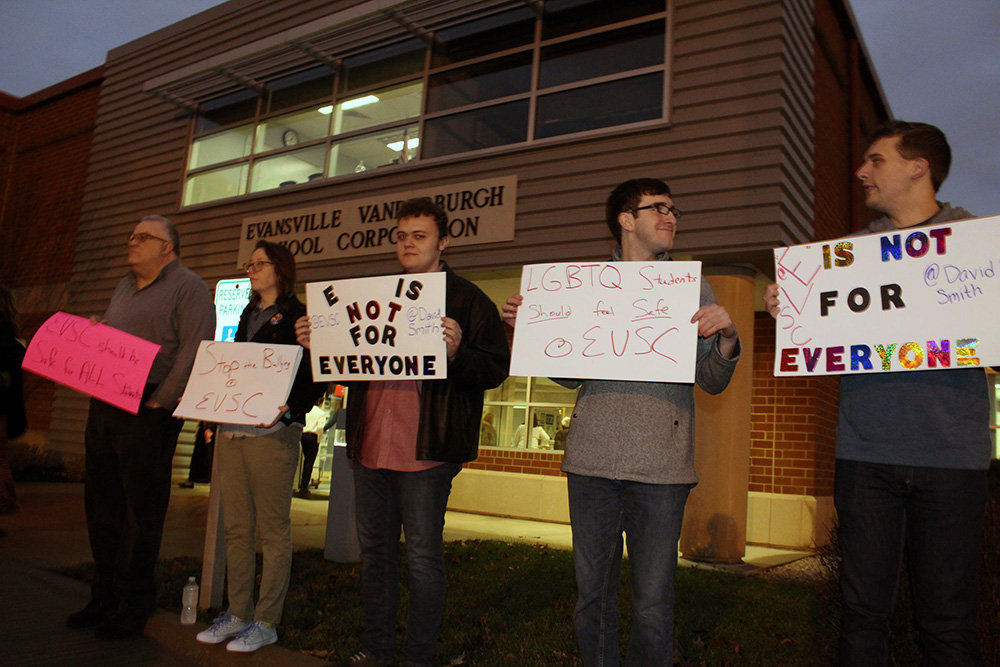 A handful of LGBT rights activists protested outside the headquarters of the Evansville Vanderburgh School Corporation (EVSC) before the board’s first meeting of the year Monday night. They're urging the school board to expand the district’s non-discrimination policy.

Some of their signs include words like "E Is Not For Everyone," a twist on the slogan in city promotional campaigns.

LGBT rights group Tri-State Alliance (TSA) organized the event. “To ask them to expand the discrimination policy protections just slighlty. Add a couple words and continue efforts to be inclusive,” Julie Robinson says. She sits on TSA's board of directors.

"Gender identity" are the couple words she hopes the board adds. Monday night's protest is not the first time TSA has shown up to a board meeting for this same reason.

Robinson says the suicide of a Central High School student was the spark behind TSA’s years-long push to change the policy. The teenage boy took his own life on school grounds in January 2017 after allegedly being bullied for his sexual orientation.

Since then, the school board has added sexual orientation to their non-discrimination policy, but gender identity is still not on the list.

Pat Shoulders, the school board’s lawyer, says a policy change proposal would have to come from the board itself. He says there hasn’t been a majority who’s felt moved to change it.