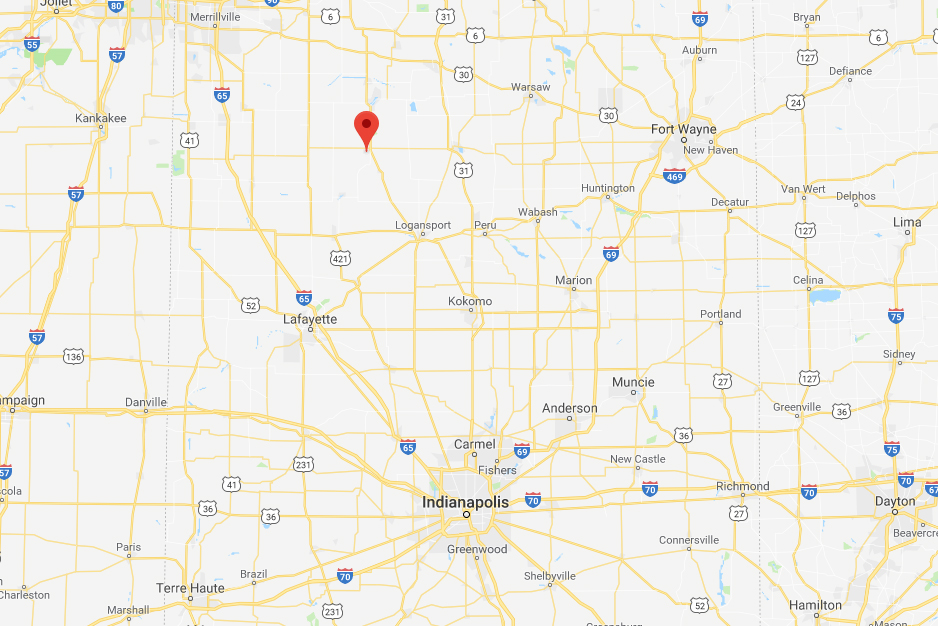 A truck rear-ended the bus along U.S. 31, about 30 miles south of South Bend. (Google Maps)

Police say one student was killed and another was injured when a flatbed truck collided with a school bus in northern Indiana.

A second student injured in the crash just after 9 a.m. was airlifted to a South Bend hospital. Bohner says that student's injuries were not believed to be life-threatening.

He says he was told that 39 students were on the Eastern Pulaski Community School Corporation bus when the crash occurred near the Marshall County town of Argos.

Bohner says the crash occurred at a point where railroad tracks intersect U.S. 31.