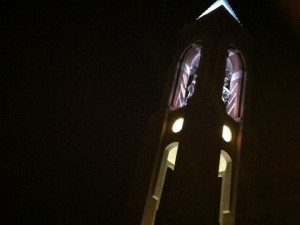 Ever wonder why Ball State University announced financial bonuses for students who graduate in four years, why Indiana University slashed summer tuition, and why Indiana State rolled back a planned tuition hike, all in the last two months alone?

Here’s one reason: The state’s universities have fallen in line following tweaks to the higher education budget and political pressure from Indianapolis, all pushing Indiana’s colleges to reduce tuition, graduate more students on time, and issue more degrees in “high impact” fields.

But she worries a newly-amended performance funding formula designed to focus colleges on these goals could leave Ball State — or perhaps all of Indiana’s four-year institutions — at a disadvantage.

“The devil’s in the details,” says Gora, who says performance funding has pushed dollars off four-year campuses and onto two-year campuses. “You might say that about the whole formula — much will depend on how things are measured and what the weightings are.”

Since 2003, Indiana has tied a portion of all public college and university funding to performance metrics. On Dec. 9, the Indiana Commission for Higher Education approved a revised slate of seven metrics:

‘Paying For What We Value’

This month, the Indiana Commission for Higher Education approved a plan that would tie a larger portion of a school’s funding to its performance as judged by a revised set of seven metrics.

The commission left it to legislators to determine how much weight to give each of the measures when they build the next budget in 2013.

“We’re really trying to increase the number of people who complete [degrees], who complete on time, and we want to make sure we are incentivizing the right kinds of degrees,” Lubbers says.

Gora says the new formula, in the abstract, improves on the original. But at Indiana’s four-year research institutions, “the right kind of degrees” are in STEM fields — science, technology, engineering and math. Gora says that could be a problem for Ball State, depending on how the metric is weighted. 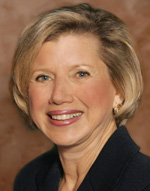 In the name of “mission differentiation” — encouraging each of Indiana’s universities to specialize in certain areas of study — Gora says the state has barred Ball State from offering degrees in certain STEM fields, such as engineering.

We don’t understand why STEM degrees are more valuable than other degrees and why institutions should be funded based on the choices of their students, over which we have no control…

If the state continues down this path, it would certainly encourage an institution like Ball State to say the state’s emphasis on mission differentiation has really penalized us. The fact that there’s only one public university that offers engineering degrees [Purdue] now really ends up penalizing the other institutions. So we would begin conversations at the state level to begin offering engineering degrees and really challenge why we can’t offer those degrees.

The Commission disagrees with Gora’s take, writing the revised metrics “continue to measure each institution against itself, not against each other.”

What Ball State Likes About The Formula

Gora says while students can set reasonable goals to graduate in more than four years, the state’s emphasis on graduating in four years has helped Ball State set clear goals:

In the past — and we have yet to see how this current formula will actually work out — what we have tried to do, and what we believe is the best interest of the state, is to focus on the undergraduate experience, to provide high-quality degrees and to encourage students to graduate in four years. That seems to be what the state feels is a high priority and certainly that’s an emphasis that we can support.

It’s this focus, Ball State administrators say, that led the university to roll out a new slate of tuition incentives for students in November. Ball State will give students who graduate in four years a $500 scholarship, offer reduced summer tuition, and allow certain students to add online courses to their schedules at no additional cost.

Randy Howard, Ball State’s vice president for business affairs, says the university estimates the package will save students and cost the university $5.5 million.

“If that remains a priority of the state and if our students think through this and take full advantage of these initiatives, it will actually benefit the university at the same time. It’s kind of a win-win proposition for the state, the students, and the university,” Howard says.

Rather than rolling back a planned tuition hike of 4.9 percent next year, Gora says the university wanted to act strategically to urge students to help the university to meet the state’s goals.

“We’ve tried to provide financial incentives for students to graduate in four years. Frankly, I think our approach is the most comprehensive in the state,” Gora says.

It’s an approach The Ball State Daily News opined students can live with.

“It’s not exactly cash in hand,” the editorial says, adding “The university is taking a step in the right direction by giving us a financial incentive to graduate in four years. Some needed that nudge, and it came in a really big way.”