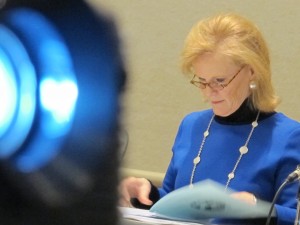 While a portion of Indiana’s state funding for public colleges and universities is already tied to the schools’ performance, a state panel unanimously recommended Friday that portion of funding get bigger in the next budget cycle.

As expected, the Commission for Higher Education also tweaked the metrics the state will use to measure performance. (Read all seven of them below the jump.)

Among the changes: universities themselves will select one benchmark for the state to use in determining their share of the pot of performance funding.

After the Commission’s approval of the new funding formula Friday, in 2013-14, that figure will increase to 6 percent (an estimated $73 million based on current funding levels), and 7 percent by 2014-15.

The state will rate schools and determine their funding levels based on these criteria:

That’s no small thing: This metric garnered roughly one-third of IU’s overall allocation under the old formula, and nearly half of Purdue’s funding amount.