April 15 may have just passed, but it’s nearly time to think about taxes once again.

Spring elections are just two weeks away, and that means schools will look to their local communities for help covering a wide range of expenses – from building renovations to transportation and maintenance costs. 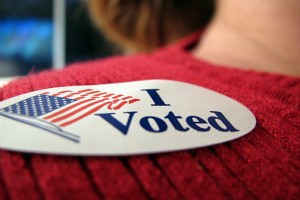 Referenda have become increasingly more common as a method to fund public schools since 2008, when lawmakers implemented property tax caps. Since then, the portion of tax money that could be distributed to school corporations has shrunk.

Thirteen Indiana school districts will ask for 17 separate tax levy increases on the ballot May 5. Brownsburg, Perry Township, Beech Grove and Valparaiso are each asking voters to approve two questions – one construction project and one school tax levy.

Here’s a list of referenda that will appear on various local ballots May 5:

You can also check out our referenda scorecard to see how voters in Hoosier districts have weighed in on similar ballot measures since 2008.

The 18 school-related measures being proposed this spring far outnumber the mere two that appeared on ballots last November. As we’ve reported, research indicates that referenda offered in May have a better chance of passing, since spring elections are often primaries (no presidential or other big races), so they typically see a great turnout of the most motivated, pro-referenda voters.

Recent statistics bolster this theory. This time last year, nine out of ten educational referenda around the state passed – one of the best rates the state has seen. Since November 2008, a little more than half of the 104 school-related referenda proposed in Indiana have passed.

Results for the 10 referendum questions will available on StateImpactIndiana.org May 6. You can also follow results live May 5 on Twitter by following @StateImpactIN, @morellomedia and @ClaireMcInerny.