Nine out of the ten Indiana school corporations pursuing referenda in Tuesday’s primary elections will see the changes they asked for. 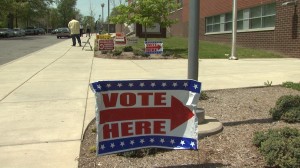 The nine passed referenda will fund everything from transportation costs to operational costs.

That passage rate is a record for education referenda since the funding formula changed in 2008. Before Tuesday’s elections we would have told you it was a 50/50 chance a single referendum would pass – in fact, we did tell you that.

But only one referenda posed on ballots in the state did not pass, giving school districts needed funding for everything from transportation costs to renovation projects.

As we reported Monday, many of the schools were posing tax increases for operational costs to avoid consolidation.

Superintendent Terry Terhune told us Monday that if the referendum failed to pass, the district has funds to operate for one more year but would then have to consider consolidation. He says thankful it won’t come to that now.

“The Eminence Community School Corporation is very appreciative of the overwhelming support shown by our community,” Terhune said after learning of the results. “Many people came out just to vote for the referendum, which shows how much everyone believes in the school.  We have a saying, ‘Eminence Schools are the heart of the community,’ and the vote today proved how true this is.”

Elkhart Community Schools will receive funds for construction; money from district tax hikes will go toward building upgrades at 21 district schools. All of the other districts winning referenda will direct monies to their respective general funds.

Check out this year’s referenda results compared with past elections on our referenda scorecard.