It has been a busy few months for Indiana lawmakers, but they are finally hurdling toward the end of their annual legislative session.

As the “education session” draws to a close, a number of crucial measures remain on the table, including testing, the state’s biennial budget and a controversial bill that could shift power on the State Board of Education.

Take a brief look at some of the biggest school-related bills still up for passage: 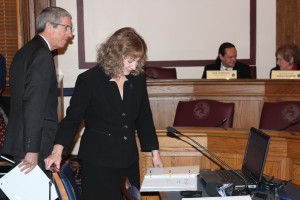 See our full legislative tracker here, including measures no longer up for consideration.

Any and all measures still remaining have moved past the point of debate on the House and Senate floors – they are either up for signature or have reached the conference committee stage. This means a group made up of two members from each chamber (typically one from each political party) will consult one another to reach an agreement they can return to both chambers for approval.