“Everybody wants to pick on poor, little Gary, Indiana.”

Robert Crawford is a lifelong Gary resident. He attended classes in the Gary Community School Corporation when he was a kid – roaming some of the same hallways that his sixth grade daughter now frequents.

But the school district looks a lot different now than it did in Crawford’s day. 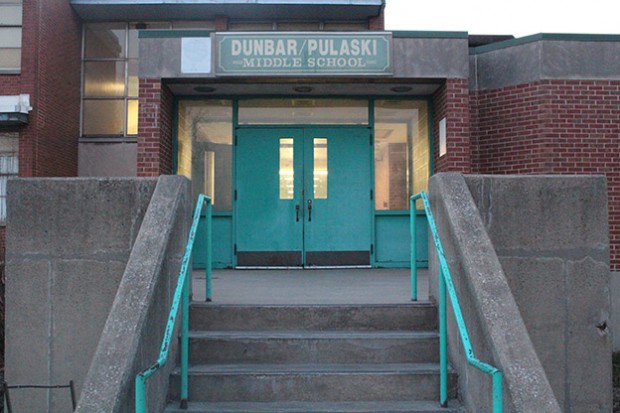 Many people say it’s smaller: total student enrollment sits at just over 7,500, and has shrunk every year in the last half-decade, according to state Department of Education data. That’s indicative of a larger trend in the city – an exodus of many families and businesses that has left close to 9,000 buildings abandoned.

And there’s an even bigger change to come. During their March meeting, members of the State Board of Education voted to close Dunbar-Pulaski, GCSC’s citywide middle school,  a change many see as imposed on – rather than earned by – a district that has struggled with financial issues and low test scores for years.

As school leaders work to make the move smooth for local students, community members and parents like Crawford are making their own suggestions to to help shape the district’s future.

“I’m all for change when it’s time to change,” Crawford says. “It takes a community to succeed.”

This is the first time in the history of the state board that members have voted to close a school without first attempting an intervention strategy.

According to current state law, the board has the ability to take over any school earning a ‘D’ or ‘F’ on the state’s A-F grading scale for six consecutive years.

Dunbar-Pulaski earned its sixth F during the 2013-14 school year – although not its sixth consecutive. That’s because the school has a bit of a complicated history. It shut down temporarily between 2010 and 2013, and the Gary School Board voted in May 2014 to close its doors again, as part of a money-saving effort for the district – a decision that was later reversed. 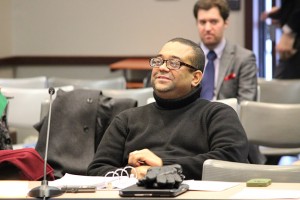 State Board member Tony Walker – who represents Gary on the Board– says grades weren’t the only factor influencing his decision to initiate the vote to close.

“This particular situation had other complications because of the financial status of the Gary Community School Corporation,” Walker says, citing a $23.7 million budget deficit. “The building had a lot of deferred maintenance, and needs a lot of repair still. But more importantly, they have serious instructional issues as far as teaching.”

Walker adds that his assertions shouldn’t have come as a surprise to Gary school leaders. A group from the organization AdvancED visited Dunbar-Pulaski at the outset of the 2014 school year to conduct an external review. The result: a 70-page report scored the school in some of the lowest categories for instruction, student performance and school environment.

“[The report] indicated that the teachers were not teaching standards, sort of dumbing down the coursework so the students could perform better,” Walker explains. “That to me is just totally unacceptable, and it’s jipping the kids of an education.”

Walker also cited the fact that the board is already helping operate another turnaround school in Gary, Roosevelt College & Career Academy, and only have so many resources to commit to failing schools in one district. Further, he says the Dunbar-Pulaski building is in disrepair, and the district does not have sufficient funds to fix it.

During the March 12 meeting, a few of Walker’s colleagues requested the board delay the vote to close until their next gathering April 1, to give GCSC officials more time to respond. The motion was defeated in the 6-4 vote.

“If they hadn’t made the corrections in six years, I didn’t see what one month was going to do,” Walker says, looking back. “It was better for them to have the planning period of an additional month to figure out what they’re going to do for next year.”

The quick vote upset many current and former students, parents and staff, as well as one of Gary’s champions in the state legislature, Sen. Earline Rogers, D-Gary. She says Walker painted a very bleak picture of Gary and of Dunbar-Pulaski – one that, unfortunately, is frequently presented to outsiders. 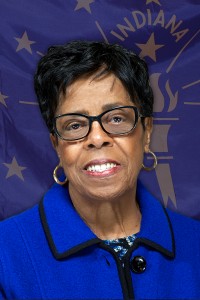 “The whole image of Gary is one that I think people don’t understand,” Rogers says. “We’ve got a mayor now that’s new. There is just a renewed hope that I’ve seen in the community, in terms of everybody wanting to pitch in to make things better, and as the community gets better then hopefully the schools get better.”

Rogers says the state board also misunderstood the progress Gary leaders had already made on plans to improve Dunbar-Pulaski. She says the city had hoped to employ the transformation zone strategy – an improvement method endorsed by the state board’s school turnaround committee that has been successful in Evansville. Indianapolis Public Schools got a transformation zone approved in March, just minutes before Rogers testified before the board about Dunbar-Pulaski.

“Buildings like Pulaski become an integral part of a community. People can identify with what happened when they were at that school, and the ‘good old days,'” Rogers says. “When you close a school, I think it’s more important than I think some people give credence to, especially in a place like Gary.”

Despite emotions attached to the school, Walker says realistically, closing was the right thing to do.

“I’m not concerned about the perception, I’m concerned about the quality of education the kids are getting,” Walker explains. “The environment is what it is. I think the responsibility of local leadership is to adapt and come up with a plan to not only survive, but hopefully excel, given the change in environment.” 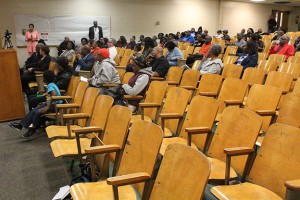 The GCSC administration has already set to work.

Just two weeks after the state board vote, Gary Superintendent Cheryl Pruitt presented her strategy for future seventh and eighth grade students to about 75 parents and community members at a public meeting.

Should the local school board approve the plan, four of the district’s current K-6 schools would expand to include grades seven and eight. One of those schools, Daniel Hale Williams Elementary, is located next door to Dunbar-Pulaski, and would use the facility as an annex. 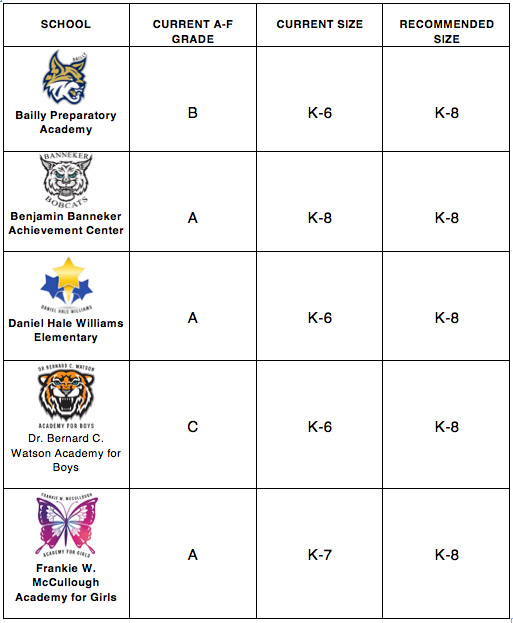 The plan also calls for a rigorous summer school program to help rising seventh, eighth and ninth graders adjust to the transition, as well as an alternative center for credit recovery. The center would service Gary students who either don’t do well in a traditional setting, or who have reentered school after time in the juvenile system.

Pruitt says this is more than a temporary plan.

“We want this to be sustainable,” Pruitt says confidently. “They closed one school [in] an F building. Now we just need to make certain that we keep all of those other buildings achieving and separate those children that need additional, intense, direct instruction and support systems.”

Pruitt herself is a product of Gary community schools. She told parents that it’s important they keep the tradition of what they knew as kids alive.

“We all can remember when, when everything was up and thriving and also the type of education that we received,” Pruitt says. “You have to take care of home first.”

Like Pruitt, many of the parents present at the meeting also attended Gary schools when they were younger. Everyone who spoke said they backed Pruitt’s plan – while adding some suggestions of their own. 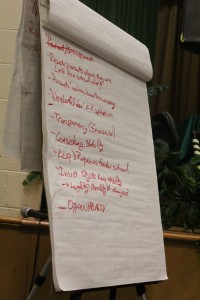 Many proposed adding in throwbacks from the “old days,” such as shop class and home economics courses, to keep especially those students not studying toward college engaged.

Gary Teachers Union president Joe Zimmerman says he sees this as an opportunity for the community to pick itself up by the bootstraps and work together to fix their image problem.

“We have to come together to make sure we implement this plan,” Zimmerman says. “But whatever plan we come up with today, it’s got to be in place for at least five to ten years, so that our kids know who their teacher’s going to be next year, our teachers know what school they’re going to be at next year.”

Others spoke specifically about what happens outside school walls – and how the shift in parenting throughout the community has impacted local education.

“You hear all of this [disrespect]. I don’t know where that came from, but parents back in the day, they wouldn’t tolerate it,” Robert Crawford says. “Parents cared, students cared. You had pride when you went to school.”

“We need to give our youth two things: consistency and stability. We don’t have that in Gary.”
—Joe Zimmerman, Gary Teachers Union
“This is education, this is what it’s all about,” Crawford adds.

The Gary School Board meets this week to discuss the superintendent’s plan and review other community ideas.

Superintendent Pruitt also pointed out to parents that the district will look to voters to make up for their fiscal shortfall during elections next month. A referendum is being proposed for the May 5 ballot to raise $51 million over a seven-year period.