As the 2015 “education session” of the Indiana General Assembly draws to a close, lawmakers are making final moves – perhaps most notably in all sectors, finally whittling down the biennial budget. 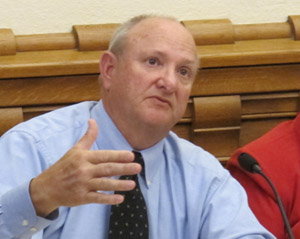 The budget currently sits in the hands of the Senate Appropriations Committee, whose proposal released Thursday mirrors much of the House version put out last month.

What looks a bit different is the calculation for complexity money, based on shifting the definition of “at-risk.”

The Senate wants to base the calculation on what’s known as “direct certification.” In other words, if a child’s family qualify for one of three federal low-income services – foster care, the Supplemental Nutritional Assistance Program (food stamps) or Temporary Assistance for Needy Families (TANF) – the federal government will automatically notify the state Department of Education that he or she qualifies for complexity money.

“That’s a pretty big change,” Kenley says. “This is somewhat of a balancing act.”

Kenley says this approach takes schools out of the mix, putting the responsibility for determining eligibility and legitimacy on the state. He adds that it is “a little less aggressive” than what the House proposed.

“It’s fairly close in the total dollar amount, it just changes the way we distribute it a little bit,” says Sen. Ryan Mishler, R-Bremen, who helped author the Senate’s budget. 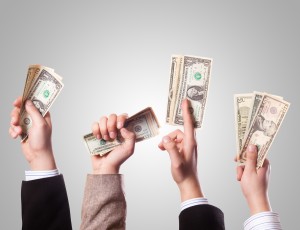 Indiana Senate Republicans would like to see eligibility for complexity money calculated differently than their House counterparts have proposed. (Photo Credit: 401(K) 2012/Flickr)

Another controversial point of funding is state testing. Just a few weeks ago, the IDOE and State Board of Education each put forth their own proposals for the slate of assessments they want to see administered throughout the state over the next two years.

The Senate budget allots $35.8 each year for annual testing – including money for a new ISTEP+, the IREAD-3 and End of Course Assessments.

Kenley has been an advocate of ditching the ISTEP+ for a nationally-crafted assessment, a critical point in his Senate Bill 566. Opponents point out that ISTEP+ is a necessary “summative” test, and the exam Kenley is looking for only fulfills “formative” requirements.

That’s why the senator says his committee continues ISTEP+ in its budget: to meet requirements necessary to hold onto the state’s waiver from elements of the federal No Child Left Behind Act by giving an exam to test state-specific standards.

The Senate proposal also sets aside $12 million per year for “local option testing.” Kenley says this gives schools a little more freedom and independence to perhaps administer other tests like NWEA.

“We think this is in some sense a compromise,” Kenley says. “We think there’s a place for both in here.”

Other important points in the Senate budget proposal:

You can view how much money each school district will receive under the Senate’s budget here.