School accountability grades will be the item to watch at this month’s State Board of Education meeting, following a delayed release in mid-October. 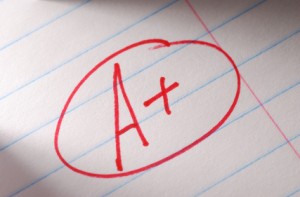 The State Board of Education is expected to release 2014 A-F school grades Wednesday, after they delayed doing so during last month's meeting.

Board members decided to hold off on releasing A-F grades during their Oct. 15 meeting, after expressing concern over a handful of data calculation errors. The scores had previously been released to schools and the media on an embargo, which board members voted to sustain until they could get an outside review of the errors.

The schools in question might have lost credit toward their grades because of a mistake by a company that administers International Baccalaureate tests that high school students take when they finish advanced classes, state officials said. Indiana Department of Education staff said they discovered late in the grading process that the company had accidentally failed to submit results for Indiana students at about five schools but told the board the error would be fixed.

The state has seen controversy around its A-F system in the recent past. A panel of experts is currently working to tweak the system for upcoming years — that group will also give an update on their progress at Wednesday’s meeting.

The agenda is pretty packed, so here’s a quick look at some of the other big items on the docket:

The board will convene Wednesday morning at the Indiana Statehouse.