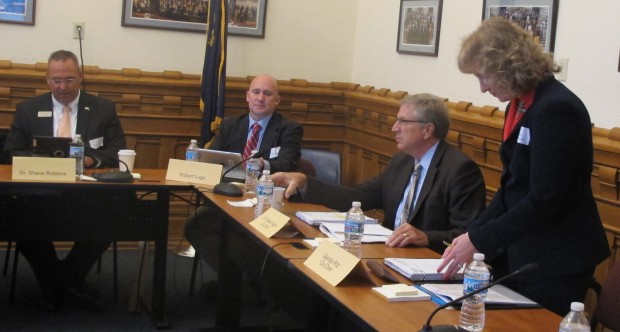 The panel tasked with revising Indiana's A-F accountability system for schools meets for the first time.

The first meeting of the state’s accountability review panel Thursday mostly mapped out the task ahead: designing a new A-F system to grade Indiana schools.

As we wrote yesterday, state laws and federal accountability guidelines will dictate what system Indiana ultimately adopts. Department of Education staffers spent most of the meeting laying out those rules.

But at the end of the meeting, State Superintendent Glenda Ritz led the 17-member panel in a brainstorming exercise that might give us some idea of what to expect from A-F rewrite. She asked members to write down their expectations for “do” and “don’t” as the group moves forward with their work. Here’s what they had to say:

‘Do Recognize The Limitations Of The Assessment’

The panel isn’t the only state agency working to rewrite the A-F rules. Their recommendations go to the State Board of Education, which will ultimately make the decision on how to grade Indiana schools.