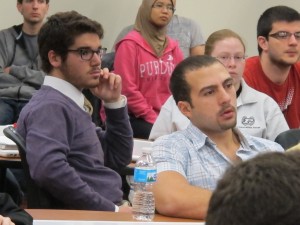 For fiscal years 1999 through 2009, both public and private nonprofit schools increasingly relied on tuition revenues when compared with other sources of revenue.

Net tuition and fees—revenues received after subtracting institutional aid provided to students—climbed from 16 to 22 percent of total revenue at public schools, and from 29 to 40 percent at private nonprofit schools. According to four schools GAO interviewed, increased reliance on tuition revenue is partly a result of significant decreases in state and local appropriations and other revenue sources, such as endowment income…

In response to these declines, schools that GAO visited pursued additional revenue from out-of-state and, in some cases, international students, government funded research, and fund-raising.

The report also found “the portion of revenues from state and local appropriations decreased for all public schools.” Where state aid made up 34 percent of college revenues in 1999, they only made up 28 percent in 2009, the report continued.

The GAO report attaches numbers to the concerns Indiana and Purdue universities have expressed about decreases in state appropriations. Despite pressure from policymakers in Indianapolis, the state’s universities have increasingly turned to tuition and fee hikes to cover costs.

At the same time, universities have also added tuition incentives for students who take summer courses or finish degrees on-time.

But State Sen. Luke Kenley, R-Noblesville, told StateImpact in October he disputes the claim that state appropriations are substantively decreasing, calling it a matter of “perspective”: 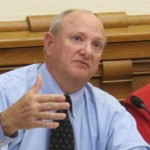 “The thing that’s irritating me these days is the disingenuous tone of ‘We’re giving you lots of money,’ and we don’t expect you to raise tuition, when in fact IU Bloomington was actually cut,” Simpson told StateImpact.