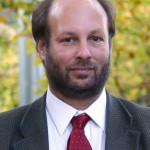 “Brain drain” is a serious problem in Indiana. That’s one of the main findings of an Indiana University report issued earlier this month which found nearly 40 percent of all students who graduated from a public university in Indiana in 2000 had departed the state by 2005.

This has raised concerns that Indiana’s public colleges and universities may subsidizing research and employment centers in other states like North Carolina, Texas, and California.

StateImpact sat down with Indiana University professor of economic development David Audretsch to discuss why well-educated workers leave the state and what can done to keep these employees in Indiana.

Q: What are some reasons why Indiana might have difficulty holding on to well-educated workers?

A: The real question is: Are we drawing people in? Do we have opportunities for highly skilled workers whether they graduated in Indiana or not? When you look at the data, the answer is some. More than we did in the past, but we are definitely net exporters of educational attainment. When you look at the so called great knowledge clusters in the country — Silicon Valley, research triangle in North Carolina; Austin, Texas. They’ve got a big inflow of people coming in, because of good match-ups between skills and industry.

Q: There are fields in which students are being trained for jobs which are rare in Indiana.  Is this a problem?

A: Some kinds of professions and some types of education are more general and some are more specific to particular work settings, but that’s kind of looking at the supply side. There’s this other level, which is the demand side. We know that in larger cities, there’s going to be a lot more demand for highly educated workers. Indiana doesn’t have these kinds of mega-global cities like Chicago or New York or Dallas. The job opportunities in places like these are just greater for all levels of education. That’s something Indiana battles. Also, the structure of the economy works against Indiana. Lots of the jobs and industries where high levels of education are required simply don’t exist in Indiana.

Q: What can Indiana do to hold onto highly skilled workers?

A: We haven’t done our due diligence in competing for that image and I think that’s what I see places doing all over the world. They’re fighting for image. We’ve seen the image of all kinds of places change and evolve from worse to better. Sometimes it just happens, but mostly, I think it is the result of very strategic policies and programs. Image really matters, but rather than sit around and say the rest of the country is messed up because they don’t recognizes us for who we are, we have to think of ourselves as a company who has to manage the perception of our product so that people want it. We have to leverage whatever it is we have to try to make this a more desirable place. I think we’ve been very complacent about this over the years and decades. Other places have been much more assertive or aggressive in understanding that the perception of a place really matters. If that perception is not what we would want, then we need to invest in all kinds of ways to correct that. In some ways, it’s analogous to the struggle that auto manufacturers have in Detroit. There’s a pretty widespread perception that their products are inferior to foreign made cars. You can see it in the advertising. They’re trying to establish that this perception is outdated and replace it with an updated perception.