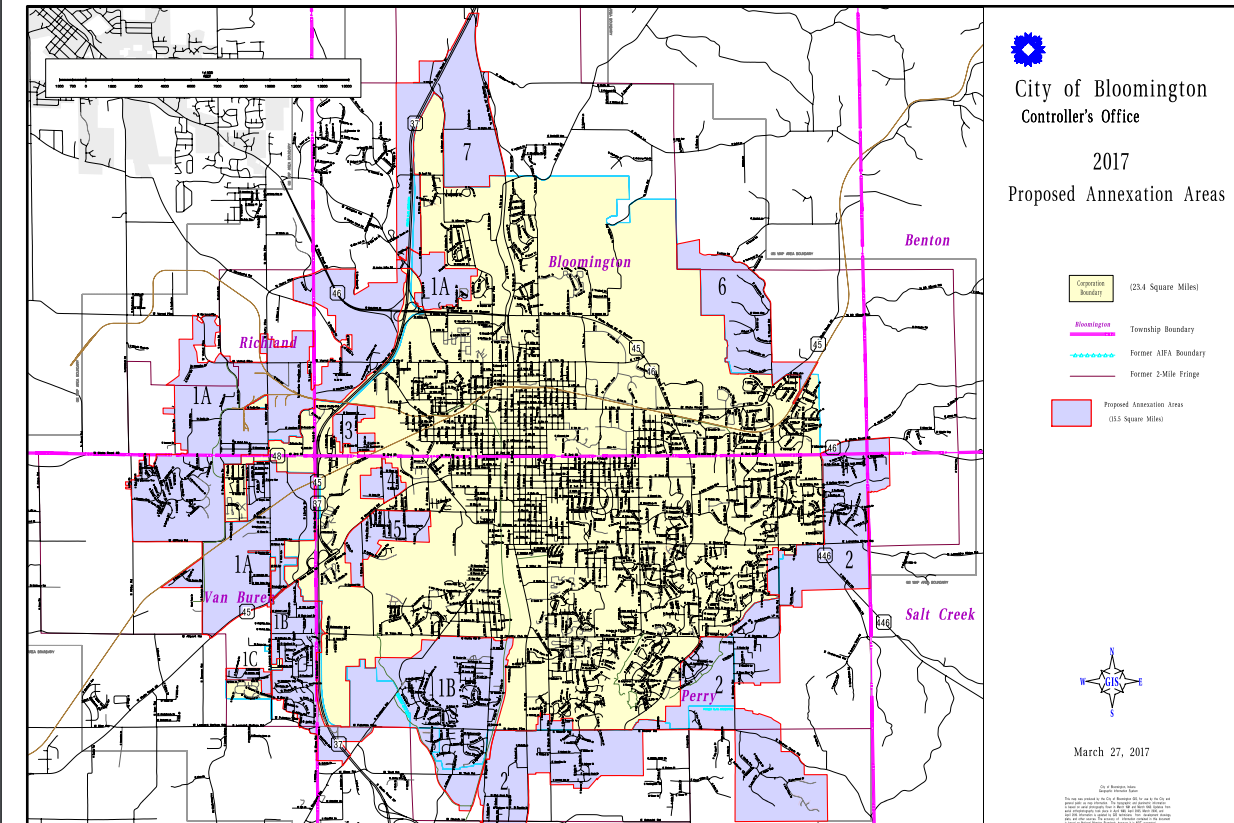 Bloomington is moving ahead with an annexation proposal despite calls from residents, county officials, and some city councilmembers to slow down.

Residents of Zone 6, northeast of  Bloomington, gathered a petition with 93 percent of the residents in the area signing to block annexation.

The council voted Wednesday night not to include Zone 6 in the current annexation plan.

City attorney Philippa Guthrie explained a change in the proposal in order to comply with state law. To avoid "spider zones" annexation zone one has been split into three parts: Zones 1A, 1B, and 1C. The change brings the total number of zones to be annexed from seven up to nine.

Mayor Hamilton made his case before council last night and a nearly full council chamber.

"Successful communities grow, certainly it must be responsibly managed, but that growth is the sign of a thriving vibrant community," Hamilton says.

The council then heard from dozens of concerned citizens. Julio Alonzo questioned the speed at which the process for annexation is moving.

"The scope and speed of this proposal could not have been anticipated by any of the other stakeholders. It's way beyond what any of us expected, we haven't had time to absorb the implications," Alonzo says.

The vote comes after a series of open house style meetings last week hosted by the city to help explain the impacts of annexation on affected citizens.  The city plans to offer further opportunities to hear input and answer questions before a May 31 public hearing.

The council and the city now have 60 days for a public hearing, with the final vote scheduled for a month later on June 30.  The intervening time period will be used to hear public feedback and make further amendments to the proposal.