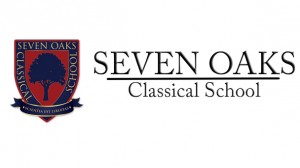 Seven Oaks Classical School in Bloomington continues in its pursuit to open in August 2016. School leaders are trying to gain a charter authorization, this time through Grace College & Seminary.

The Indiana Charter School Board denied Seven Oaks’ application last year. The school pulled its second application to the same board earlier this year.

If opened, Seven Oaks would teach students according to a “traditional, classical-liberal arts curriculum,” according to the proposed school’s website.

Terry English is a member of Seven Oaks’ board and says the group decided to pursue a charter with Grace College because they felt the college better understood the mission of Seven Oaks.

“There’s not as much of a political influence on the college, I think, as there is on the state board,” English says. “We believe that Grace College is more in line with the vision that we have for the school.”

Compared to previous applications, English says this go-around brings a few big changes to the makeup of Seven Oaks, if approved. First, the school will provide meal service to students during the day, something that wasn’t included in its application to the charter board. Leaders also want to serve students K-12; they had previously planned to only educate students through grade 8.

English says the school would initially only go up to eighth grade, but add consecutive grade levels each year after opening.

Grace College is hosting a public meeting in Bloomington in two weeks to get public input about the school and learn more from the Seven Oaks’ board about plans for the school. The meeting takes place Nov. 4 at the Holiday Inn Express and Suites at 117 S Franklin Rd.