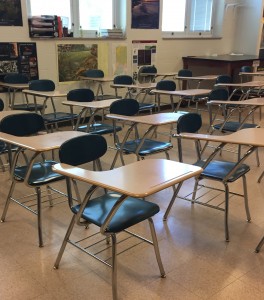 At a meeting yesterday, the Indiana Charter School Board approved charters for three new schools, two in Indianapolis and one in Gary.

ACE Preparatory Academy anticipates it will open on the Northeast side of Indianapolis in fall 2016 with a special focus on literacy for its kindergarten through fifth grade students.

Anna Shults, a former Indiana Department of Education staff member, will head the school, which will be located within the Indianapolis Public Schools district. Schults consulted with former state superintendent Tony Bennett during the application process, but said at the meeting that none of the advisory committee members will serve as employees of the school.

The board also approved the charter for the Global Leadership Academy in Gary, which will serve only fourth and eighth grade students during the first year, but hopes to eventually serve around 1,120 students in pre-k through twelfth grade.

Katie Kirley, the school’s director, said only serving certain grades is part of a strategy to “start small and grow strategically.”

The third school approved will open in either Perry Township or Clark County and be run in party by Charter Schools USA, a Florida-based company that already helps oversee three schools in Indianapolis. The school hopes to enroll 1,445 students, grades K-8. The group originally submitted application materials for two charters – but the board ruled that only one should be granted at this time. They told the applicant they they could come back to seek their second charter, pending success at the first school.

Seven Oaks Classical School in Bloomington – a charter whose proposal stirred up many Monroe County residents and educators – withdrew its application before the meeting. Board Vice President Matt Wolf said in a statement that the group is “exploring all options” that would still allow them to open a school in Monroe County by fall 2016.