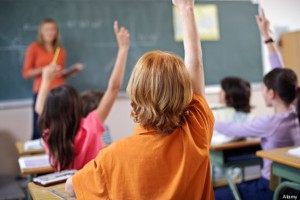 The Indiana Charter School Board decides Tuesday whether or not to add a classical charter school to Monroe County schools.

The Indiana Charter School Board has denied a charter to the Seven Oaks Classical School in Monroe County.

The board finalized its decision Tuesday at a meeting in Indianapolis.

Board members peppered Seven Oaks leaders Lindsey Weaver and Matt Wolf with questions about their initial charter application. Among the concerns:

Board staff did commend Seven Oaks leaders’ passion and dedication, as well as their plans for the school’s special education services and technology.

Ultimately, board members accepted their staff’s recommendation to deny the charter. Board member Karega Rausch says the deficiencies he and his colleagues saw from Seven Oaks outweighed the strengths at this point in time.

“We do have very high expectations that if you’re going to start a charter school and serve kids, you can’t be almost there, you have to be all the way there,” Rausch explains. “The plan has to be fully complete, so that we have full confidence that they will do a wonderful job serving kids and families.”

Seven Oaks board president Lindsey Weaver says her group has already discussed the possibility of reapplying to the ICSB again in the future, in the case of a denial this time around.

“We’re obviously disappointed, but not discouraged,” Weaver says. “We would go to the same authorizer because we feel that [the ICSB] wants quality schools, and we want to be associated with a group that feels the same about education as we do.”

The Bloomington community has met the potential school with resistance. Parents, community members and school officials came out in full force to discuss the potential school late last month. Both Monroe County superintendents – Judy DeMuth of the MCCSC and Mike Wilcox of RBBCSC – voiced their opposition to the school, as did several area parents.

Rausch says he remembers there being a lot of passion during that particular meeting. He adds that while widespread opposition or support for a school is not the end-all, be-all in granting charters, community feedback does play a significant role in the process.

“The most important part is that you have a sound educational, financial, operational and governance plans that will serve kids at exceptional rates. The ability of an applicant to engage their community is probably ‘1b’ to that first, most important option,” Rausch says. “We really want to make sure that schools are thoughtful about how they’re entering communities.”

Community resistance came in part due to the charter’s proposed model. English and other Seven Oaks leaders have been working with the Barney Charter School Initiative out of Hillsdale College in Michigan to create the school’s academic programs, which would focus on “a rigorous classical education in the liberal arts and sciences.”

Weaver told Charter School Board members Tuesday that her group had received most of its interest from families living in rural communities surrounding Bloomington. She specifically mentioned Owen and Brown counties, and added that those smaller communities had fairly large homeschool populations who expressed interest in the proposed classical model.

Wolf also said the group found a good deal of support and interest from Ellettsville, one of the school’s proposed locations.