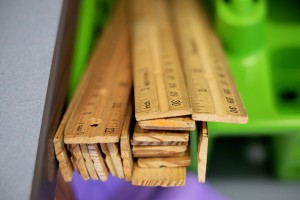 South Bend schools saw a huge drop in enrollment this year, and the district says most of them went to area charter schools. (Photo Credit: Alex McCall/WFIU News)” credit=”

The loss is greater than expected, according to school board President Jay Caponigro, who says the district budgeted for the loss of just a few hundred.

The numbers come after the state’s first official attendance count in September. The second count takes place in February.

It’s a trend the district has seen ever since school choice legislation went into place, and the number of students utilizing this choice has grown more and more each year. This summer, South Bend schools along with other public school districts in the area launched marketing campaigns to attract more students to their schools, as well as retain current students.

At a school board meeting this week, Superintendent Carole Schmidt said she expects around half of those students to return to South Bend schools before the next count day in February.

Caponigro says this expectation comes from what they’ve seen in other years.

“Students…or families trying out charters and giving it a couple of months, and then we see a number of them come back to us,” Caponigro says.

Caponigro says the district believes this particular massive drop in enrollment comes from the opening of one new charter school in South Bend, Success Academy. The South Bend Tribune reported this week that Success Academy used a lot of resources in marketing their school:

Success Academy, meanwhile, located in the former St. Vincent de Paul Society and thrift shop building that underwent some $14 million in renovations, enrolled 456 students in its first year. Along with its sister school, South Bend Career Academy, which serves grades seven through 12, it spent some $98,000 on radio and television ads, as well as marketing and other related services, from January through July of this year, according to information earlier supplied to The Tribune in response to a records request.

Superintendent Paul Schlottman wrote in an email two weeks ago that school leaders there have been pleased with the results of their marketing efforts.

And, he wrote, “The response from the community has been fantastic and the school year is off to a great start.”

On the flip side, South Bend school leaders say their budget for marketing isn’t as robust as in the past, and Caponigro says some of this has to do with the school funding formula taking more money away from South Bend.

One way the district plans to combat this issue is creating more opportunities to inform the public about their district. Next week the district is hosting a “magnet fair,” where area families can learn about magnet programs in the district, and they hope to host similar events throughout the year.