“What does a person in this position need to bring to the table?”

That’s the question Eddie Melton asked himself when he first heard of his assignment to Indiana’s State Board of Education. He’s one of five new members who’ll join the group Wednesday for the first time since Gov. Mike Pence, House Speaker Brian Bosma, R-Indianapolis, and Senate President Pro Tem David Long, R-Fort Wayne, reworked the group in response to new legislation. 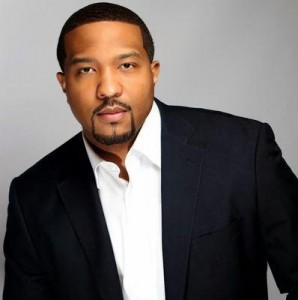 Eddie Melton will represent the first congressional district as a member of the State Board of Education. (Photo Credit: Eddie Melton/Twitter)

Melton will represent the first congressional district, an area based in Lake County – Gary, Merrillville and most of the surrounding suburbs.

Although most of his fellow new appointees come from primarily classroom backgrounds, Melton brings a business and community-oriented perspective to the board. That’s not to say he hasn’t had his share of education-related experiences: as manager of Federal Governmental and Community Relations for NIPSCO, the primary gas and electric provider for the northern part of the state, Melton has served in a variety of roles allowing him to interact with local schools.

In addition to guiding the company’s charitable contributions, Melton has helped to lead community outreach and service initiatives, including an “energy academy,” in partnership with the Michigan City Community School Corporation, to teach students about energy careers and provide schools with related curriculum.

Prior to joining NIPSCO, Melton worked as a Community Initiative Officer for the Legacy Foundation – a Lake County community foundation focused on high educational attainment – launching initiatives to increase college- and career-readiness as well as graduation rates.

A lifelong resident of the district he will represent, Melton says he plans to focus on being a valuable line of communication between that community and the board.

“I want to articulate those concerns and issues and try to figure out what can be done to support the district,” Melton says. “I feel that the background I bring to the table – being able to convey and be able to identify key partners to collaborate – hopefully that can serve as a positive avenue.”

Melton will have a lot of issues on his plate specifically as a representative of the Gary Community School Corporation, a district that regularly interacts with the state board – but not for the most positive reasons. GCSC has been plagued with a number of financial and performance issues in recent years – to the extent that the INSBOE voted earlier this year to close the area’s only middle school.

Melton says he recognizes the challenge in front of him, adding that he has already spoken with Gary Superintendent Cheryl Pruitt and plans to meet with the GCSC school board later this week to get a better understanding of the district’s current conditions.

“One of the things I wanted to do was really get a pulse on local leaders in education and figure out how to best serve them,” Melton explains. “Before, I was able to stay abreast as a community partner, but being at this point now where I’ll be more hands-on and engaged in the education system, I want to be able to articulate clearly what those concerns are and how that impacts the education process in the City of Gary.”

Melton says he hopes his background can help him contribute to the board’s focus on bettering tomorrow’s economy by improving today’s classroom.

“A lot of states are trying to figure out how do they develop their future workforce? At our company, we’re always having that conversation,” Melton says. “We’re always looking hard to collaborate with local partners to figure out how do we support you on a day-to-day basis so that we can at least give [students] a platform to introduce them to the energy sector?”

“If not specifically the energy sector, it’s going to be STEM and areas like that where we see that there’s a great future ahead,” Melton continues. “We see that there’s opportunities where there’s a huge number of individuals that will be retiring, and we’re going to need people that are ready and educated to fill those roles.”

The full state board – returning and new members – meets Wednesday at Purdue University, beginning at 9 a.m.