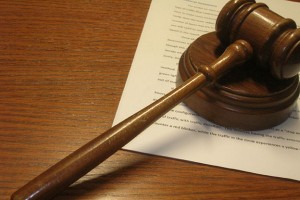 Lawmakers are in the process of hearing a number of new education proposals. (Photo Credit: Brian Turner/Flickr)

Countless lawmakers have dubbed 2015 the year of the “education session” in the General Assembly.

It’s an apt nickname – there’s a ton of school-related issues to keep track of right now. So much so that even experts get confused about which bill is which, and where it is in the process of potentially becoming law.

So, let’s break it down.

First, a quick reminder of how a bill becomes a law at the state level (keep in mind, if any step in this system doesn’t happen, the bill “dies”): 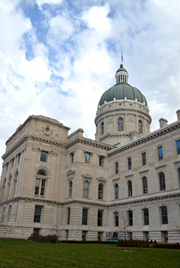 The Statehouse. (Photo Credit: IN Department of Administration)

The majority of laws take effect July 1 of the year they’re approved, although some take effect immediately upon passage and others are delayed even further.

If you want to see other explanations, check out how the General Assembly itself and the Indiana Chamber of Commerce present the process.

At present moment, most bills are in one of the various stages of “consideration.”

We’re following a bunch of measures at StateImpact this session, and with a few exceptions, the legislation we’re most interested in likely falls into one of two categories:

Here’s an easy-to-read list of the bills we’re following at StateImpact, where those measures are in the process, and some of our continuing coverage:

We’ll keep this list updated, adding anything that strikes our fancy, and hold onto it here for reference.