Updated 5:13 p.m.: The Indiana House of Representatives passed House Bill 1609 Monday, setting into motion changes to allow State Board of Education members to elect their own chair, rather than automatically assigning that responsibility to the state superintendent.

The beginning of what many lawmakers referred to as “an education session” of the Indiana General Assembly has focused less on education policy and more on governance. 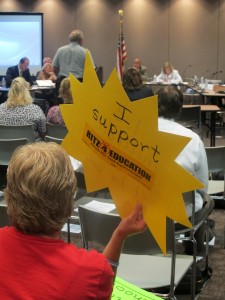 Multiple bills making their way through both the House and Senate aim to restructure the State Board of Education, after months of tension between state superintendent Glenda Ritz, board members and Gov. Mike Pence. Most of this legislation proposes removing the superintendent from her position as board chair – a spot that state official has traditionally, automatically assumed upon election into office.

Take a look at the different measures up for discussion:

This has unsurprisingly upset many voters, who have taken to social media to express their concern. 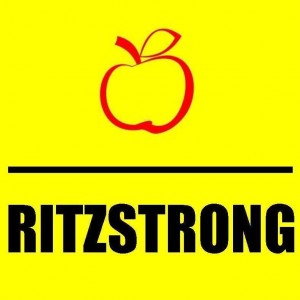 Supporters of State Superintendent Glenda Ritz took to Twitter Sunday night to protest legislation removing her as chair of the State Board of Education. (Photo Credit: Facebook)

Led by the Northeast Indiana Friends of Public Education, a number of Ritz supporters organized to light up social media Sunday night with what they dubbed a “Twitterstorm,” using the hashtag #IStandWithRitz. Beginning at 4 p.m., participants sent direct tweets to Gov. Pence, House leadership and members of the media

Cathy Fuentes-Rowher, a Bloomington parent who participated in the event, says she’s tired of seeing the future of her kids’ education caught up in politics.

“The Twitter storm  was an indication of parents all across this state who want to be heard,” Fuentes-Rowher wrote on Facebook. “We’re sending our message that removing Glenda Ritz as Chair of the SBOE is not acceptable.”

The campaign attracted a ton of attention – so much so that #IStandWithRitz became the top trending hashtag in Indianapolis Sunday night. The popularity prompted responses from various national and local leaders as well, including state board member Brad Oliver and former U.S. Assistant Secretary of Education Diane Ravitch:

I want a doctor working with my med needs, a dentist working on my teeth, and an educator leading the DOE. #iStandWithRitz

It’s kids first. It’s not about what you want or your ideology, but what is best for kids. #IStandWithRitz AND public school children.

House Republicans say this bill will make the board functional once again. Speaker Brian Bosma, R-Indianapolis, stepped down from his podium to make a rare appearance on behalf of the measure.

“This has gone from dysfunctional to detrimental to students,” Bosma said. “Detriment to students, detriment to for that matter teachers and parents…and that’s very clear to me where that detriment lies.”

But Democrats, including House minority leader Scott Pelath, D-Michigan City, are upset their counterparts are passing legislation out of spite.

“This is the most insecure super double-majority that can possibly be conceived of,” Pelath said before his colleagues. “It’s a little bit like the big bully on the schoolyard. What is it that you’re afraid of? This one lone democratic voice that’s worked very hard to listen to others, to entertain ideas from the other side?”

The bill now heads to the Indiana Senate.