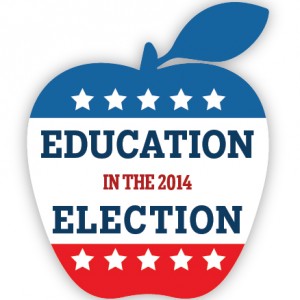 In a mid-term election with no big races, education could prove to be the most important issue to voters.

Here at StateImpact, education is the priority — and it seems those running for public office in Indiana this year agree.

The typical attitude toward midterm elections is lackluster when there isn’t a presidential race pulling people to the polls. And although voter turnout will most likely still be abysmal next Tuesday, we’re here to tell you if you want to vote with education in mind, this election is a great opportunity to do so.

This week we’re going to dive into some of the education issues at play in local and state elections across the state. We’ll look at charter schools, a pre-k referendum on the ballot in Columbus, how much money is funneled into school board races and the call from Republican leaders to change the school funding formula.

Political analyst Ed Feigenbaum says polling data from both sides, as well as independent polls, shows education is the top issue for voters.

“Unlike the past several cycles when jobs and the economy were the top issue or issues, this year, education is the top issue,” Feigenbaum said. “And when you drill down a little bit deeper, the key concern is education funding.”

We saw this a few weeks ago when Republican legislative leaders outlined their 2015 agenda, and House Speaker Brian Bosma said he wants to address the complicated school funding formula.

Although testing, teacher accountability, standards and other components of education in Indiana are important to parents, finances are the elephant in the room. The cost of textbooks, transportation, pre-k and other school fees are becoming a noticeable burden to parents.

Another reason Feigenbaum says education will be top of mind at the polls is because of the polarization of education in Indiana. Since voters elected state superintendent Glenda Ritz in 2012, she and her IDOE staff have been at odds with Governor Mike Pence and his new education agency, the Center for Education and Career Innovation. Spats have arisen on contentious issues such as the state’s decision to create its own set of standards, the No Child Left Behind waiver, and Pence’s denial of federal pre-k funding. These political standoffs between the state’s education leaders have elevated the importance of education in the public debate, which will be clear next Tuesday.