Two more Indianapolis charter schools have decided to give up their charters at the end of the 2014-15 school year. 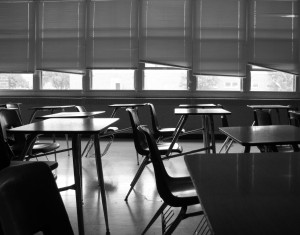 Two more mayor's charters in Indianapolis will close after the end of this school year.

ADI Schools Incorporated announced Friday plans to toss out charters at Padua Academy and Andrew Academy. Both K-8 schools, authorized by Indianapolis Mayor Greg Ballard’s office since 2010, saw significant drops in ISTEP+ test scores this year. Padua Academy saw 39.7 percent of students pass the ISTEP+ this year, down from 52.2 percent in 2013. Andrew Academy saw a sharper decline in scores, with 31.7 percent passing this year, compared to 53.5 percent in 2013.

Come 2015-16, Padua will reopen as a Catholic school run by the Archdiocese of Indianapolis, which also plans to help the mayor’s office find another operator to run Andrew. The mayor’s staff and leaders at other local schools will help families decide whether their student should transfer or remain at the school after transition.

Is it just us, or does it seem like charters are having a rough go of it lately?

This announcement comes on the heels of another closing in Indianapolis – Flanner House Elementary, also one of the mayor’s charters. School board members voted last week to close Flanner House on September 11, after two separate state investigations found school officials cheated on 2013 and 2014 ISTEP+ exams.

The list of charters overseen by the mayor’s Office of Education Innovation – which have generally performed fairly well in comparison to both surrounding public schools and other charters in the state – has now been whittled down from 31 to 28, in the matter of just one week.

In recent years, other state charter schools have also struggled academically, including quite a few overseen by Ball State University, another of the state’s major authorizers.

This confirms suspicions held by our former colleague Elle Moxley, who predicted at the end of 2012 that Indiana might see more charter schools close over the next few years.

There are some communities where charters seem to be moving in a positive direction. In the town of Dugger for example, students are starting school today under a brand-new model thanks to a partnership with the Indiana Cyber Charter School. But even that story has its share of issues, as Indiana Cyber is currently being sued by its former national contractor.

At the end of last year, Stanford University’s Center for Research on Education Outcomes touted Indiana as one of eleven states where charter school performance outpaced growth at traditional public schools in both reading and math. But as recently as April, expert analysis showed the opposite, based on ISTEP+ pass rates.

Charter schools control about 2.7 percent of the educational “market share” in Indiana, according to CREDO. The majority of Indiana school corporations don’t have a charter school within their boundaries; the majority tend to appear in Indiana’s larger, urban districts.