An Indiana-based virtual charter school is under fire for allegedly neglecting to pay one of its national partners. 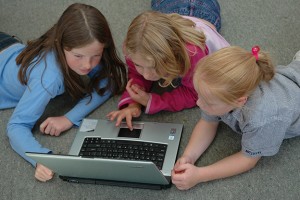 NNDS also claims it was mistakenly charged close to $10,000 for Indiana Cyber employee health care premiums, and that it did not receive all scheduled payments for the school’s operating contract.

According to that Charter School Operating Agreement, signed in June 2012, NNDS served as an independent contractor to Indiana Cyber, who agreed to compensate the nonprofit for educational, administrative, and technology services. The two terminated their partnership in September 2013.

Even after they parted ways, Indiana Cyber continued to contract for NNDS’s online curriculum a la carte through the organization’s web site.

Indiana Cyber – headquartered in Schererville – provides online-only course curriculum and education plans for K-12 students throughout the state. It is considered a public school, operating under a charter from Education One, the charter school authorizing body of Trine University.

The school claims it doubled its enrollment this year to 242 students across Indiana.

Indiana Cyber CEO Don Williams said between 275 and 300 students have already enrolled for next year, and that the charter school was following procedures to acquire Union High School and Dugger Elementary buildings. The school opens August 25.