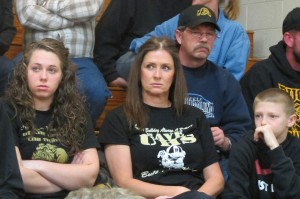 Following the Northeast School Corporation board’s vote to close the two schools in Dugger, residents of the tiny town south of Terre Haute are putting together a serious bid to keep the schools open. Reporter Sue Laughlin of The Tribune-Star has the story:

They’ve also hired a consultant — Thomas Peeler of Small School Solutions LLP —  and are pursuing two possible options: a public charter school or redistricting two townships (Cass and Jefferson) out of NESC so that Dugger would have its own public school corporation.

“We’re pursuing parallel paths,” said Greg Ellis, who was president of Save Union High School. The preferred path is for the Dugger community to form its own public school district.

The group has presented two proposals to NESC officials, he said.

It wants to purchase the Dugger and Union school buildings from NESC for $1 so it can pursue one of the two options. Also, “We are asking them to sign off on redistricting, which would allow us to go the public school route,” Ellis said.

The group has hired Peeler on a consulting basis “to help us pursue any and all options to keep our school open here in Dugger,” Ellis said.

As we’ve written, charter schools are uncommon Indiana’s rural areas, though there is a charter school currently operating less than 20 miles from Dugger.

Without an operating school in Dugger — population 900 — most families have said they would transfer out of their current district rather than have students travel longer distances to school.