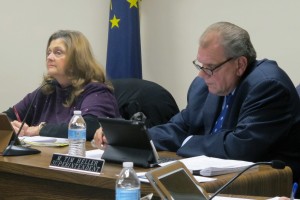 A bad school year for Muncie Community Schools leaders got even worse Friday after the state denied their request to end bus services they say the district can no longer afford.

That means a school year that began with a failed referendum and the controversial consolidation of the district’s high schools might end with, according to The Star Press, “staffing cuts, fewer buses running more routes and increased walking zones.”

District officials told voters ahead of a November special election that the rejection of a $3.3 million ballot issue would force them to end the district’s $3 million transportation contract.

But Indiana law requires a school district to inform families three years before the total elimination of busing services. While state officials say they’re “sympathetic” to Muncie’s financial plight, the district didn’t provide a “sufficient plan” to get students to school safely. (The Muncie Politics blog has the full denial document.)

Star Press reporter Michelle Kinsey has more on the story:

[The state’s denial document] added that the district has not explored all “transportation options” such as charging for any transportation that is not to and from school (although they added this would be difficult with such a large number of students on free-and-reduced meals); “seeking assistance from the community to help fund the transportation” for extracurricular activities; changing bell times to accommodate more “transportation tiers;” “limiting transportation to only those students living too far to safely walk to school,” and increased car transportation.

Those options are likely to be discussed now that the district must find ways to keep the buses rolling for the next two years.

“We don’t have the money just sitting around,” MCS board member Tony Costello said. “But now we are going to have to find the money somewhere”…

Pat Kennedy, president of the Muncie Teachers Association, said much of the money for busing will no doubt come from the general fund.

“There will probably be many staffing cuts,” she said. “And we are already stretched so thin that the impact is going to be felt in the classroom every day.”

According to the Muncie Free Press, many students in the district “now use Muncie city buses for transportation.” Rick Yencer’s post also notes the district’s current chief financial officer is leaving the district at the end of the year.