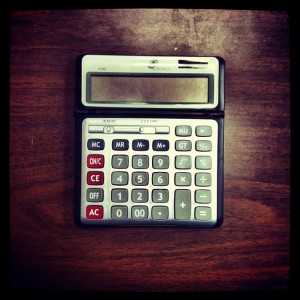 Few can agree on how much the Common Core will cost. Will the new standards usher in millions more in technology costs? Save money on the crafting of statewide standardized tests?

The existing estimates from national think tanks aren’t much help. The Common Core could cost Indiana between $68 and $238 million, they say. Nationally, they put the pricetag at somewhere between $12 billion and $30 billion.

Indiana lawmakers hope an estimate from the state’s Office of Management and Budget can cut through the noise.

If the Common Core “timeout” bill becomes law, state officials would have to “perform a fiscal analysis of the projected cost to the state and to school corporations of the first five years of implementation” of the standards.

The bill would largely pause the rollout of the new academic standards — which are already rolling out in 46 states and the District of Columbia — in most Indiana classrooms until the State Board of Education holds statewide hearings on the new standards.

As we wrote yesterday, the bill follows the lead of state superintendent Glenda Ritz, who called for more public discussion of the standards. But Common Core supporters say further discussion leaves educators already implementing the standards “in limbo.”

The Pioneer Institute — a free-market think tank — has been critical of the standards. They issued what is widely-regarded as a high-end cost estimate.

“States and communities should avoid trying to implement the Common Core, or any set of new standards, ‘on the cheap.’ Inadequate training, instructional materials, or necessary infrastructure can lead to teachers and administrators disclaiming responsibility for failure because they did not receive adequate support,” wrote the study’s authors.

But the Fordham Institute — another right-leaning think tank that supports the Common Core — was critical of the high-end estimate.

State officials point out accounting for the costs of the Common Core depends on the breadth of your conception of the standards’ impact. For instance, former Indiana Department of Education official Zach Foughty says, the costs of purchasing textbooks and upgrading technology would have existed with or without adopting new academic standards.

“Adopting new materials isn’t really a cost of the Common Core, it’s just a cost in education of providing relevant materials to students that are there anyway,” said Foughty, who at the time he spoke with StateImpact was the IDOE’s director of college and career readiness.