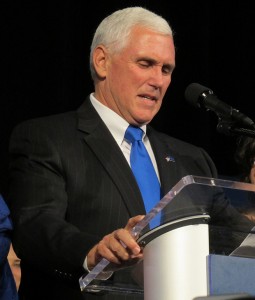 Pence administration officials asked General Assembly members Tuesday to increase funding for K-12 schools by more than $137 million over the next two years. But only schools who met certain academic performance goals would be eligible to receive that money in the second year of the state’s two-year budget.

If lawmakers approve the plan, Atkins explained, the state would give out an additional $64 million in funding for public schools in each of the next two years.

But in the second year of the budget — Fiscal Year 2015 — only Indiana schools who have met academic performance benchmarks will be eligible to receive a share of that $64 million.

The “performance-based funding increase” would be awarded on top of the amount schools receive from the school funding formula, Atkins said.

“We believe this performance funding… could provide incentives for our schools to provide more high quality options for our children,” Atkins said in testimony before the Joint Budget Committee.

IPBS statehouse reporter Brandon Smith talked with Pence administration budget officials and says a school would need to meet any one of the the following benchmarks to be eligible to tap into the $64 million in additional funding in Fiscal Year 2015:

“The inference of the way it’s written is that if you happen to be in a district where you have a lot of high performing kids, you’re going to fare pretty well under these measures,” said Kenley, who noted the budget-making process is still in the early stages. “I hope as time goes by, you’ll continue to put some meat on that discussion so this turns out to be a fair and appropriate thing.”

Here’s part of Gov. Pence’s statement on his budget proposal:

Pence invests in the Hoosier workforce by providing a one percent increase in funding for public colleges and universities and $18 million over two years for adult workforce improvement funds. In addition, the budget invests $6 million over two years to launch Pence’s effort to bring career, technical and vocation to every high school in Indiana by creating Indiana Works Councils. The councils will develop regional, demand-driven curricula to prepare students to start their careers when they graduate from high school.