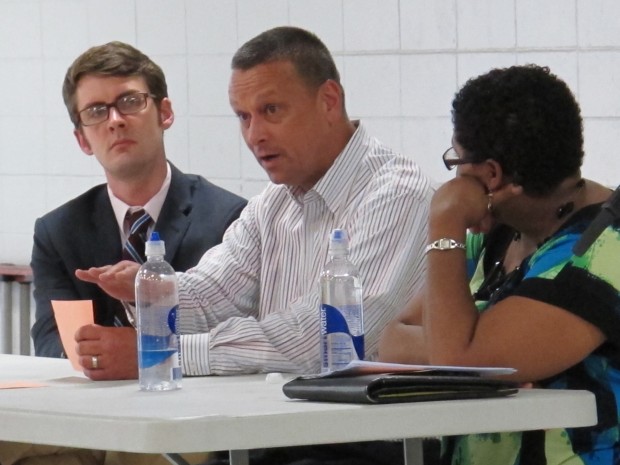 Superintendent of Public Instruction Tony Bennett says he wants to see the General Assembly address state intervention on a broader, district-wide level — and he wants that discussion to take place as soon as possible.

“It’s not in the state’s best interest to operate schools,” he says. “Schools are best operated locally. But the state cannot — and as long as I’m the superintendent, will not — tolerate poor performance of schools and use local control as an excuse.”

“I think that is a discussion I hope the General Assembly has in 2013 is how we address systemic failure of districts,” he says.

“The problem isn’t necessarily the schools we’re taking over,” Behning says. “What happens is, they get to those schools and they fail because they haven’t gotten the proper training beforehand.”

Behning says changing rules on state intervention could take a long time but wants to see the process begin next session.