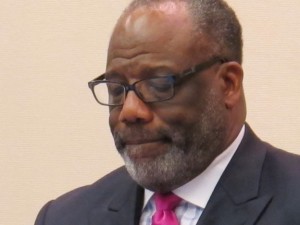 Indianapolis Public Schools Superintendent Eugene White attends a school board meeting in August 2011. Corporations across Indiana will submit enrollment information to the IDOE based on a count Sept. 14.

It’s almost Sept. 14. Do you know where your children are?

We ask because in two weeks Indiana schools will have to take stock of how many students have enrolled for the 2012-13 school year. That number becomes very important in January, when school corporations see their payments from the state increased or decreased based on changing enrollment.

Here are five things you should know about count day: