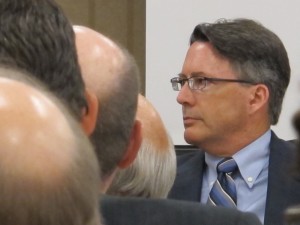 A committee of Purdue University trustees heard the sales pitch to create an Honors College on the West Lafayette campus during their meeting Monday.

The Academic Affairs committee passed a proposal to create the college, which would bring honors programs from the university and five separate academic departments under one roof starting in the Fall of 2013.

The full Board of Trustees must pass the proposal when it meets Tuesday morning.

Purdue officials argued the university is losing out on prospective students who would qualify for honors programs which can’t accept them because they’re at capacity.

Purdue associate provost Dennis Savaiano, charged in 2009 with establishing an Honors College, said he estimated the creation of an Honors College would help increase graduation rates by as much as 4 percent.

The Honors College, if passed, would replace the University Honors Program, which began in 2004.

Indiana University has had an Honors College since 2000, which developed out of an honors division established in 1966.