It’s been a few months since the “soft launch” of Indiana’s On My Way Pre-K pilot program, and already leaders are preparing for the next step. 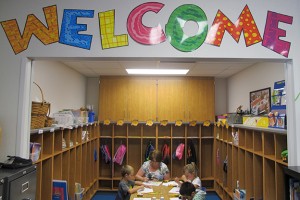 The state’s Family and Social Services Administration is currently accepting applications for the fall, when pilot efforts will be in full force in all five participating counties – including Jackson County, the token “rural” participant.

FSSA spokeswoman Marni Lemons says her department hopes to be able to support between 1,600 to 2,000 low-income preschoolers come September. She adds that the number of qualified high-quality pre-k providers (recognized as a Level 3 or 4 provider on the state’s Paths to QUALITY ranking system) is constantly increasing.

“This has really inspired a lot of the providers out there to become appropriately certified,” Lemons says. “That allows not only for improved quality for the families who qualify for On My Way Pre-K, but for all kids who participate in preschool programs. It spills over and creates opportunity for them as well.”

“We’re really pleased with the partnership of the counties and the work that’s being done out there,” Lemons adds.

Despite serving only 50 kids this go-around, Allen County is home to about 1400 four-year-olds who meet pilot eligibility requirements. County lead John Peirce says the biggest change he and his colleagues are making to prepare for the fall cohort is in reaching the right audience.

“We want to apply things that we learned about better ways to market to families we know are eligible,” Peirce explains. “The main thing that’s different this time is we have more time.”

To help spread the word, county leaders are printing up flyers and newsletter ads to distribute through local organizations that specifically serve low-income families. Another tactic Peirce didn’t have time to try last winter is to advertise testimonials from parents with children in the January cohort, so they can speak directly to their experience.

The FSSA is helping to change outreach efforts according to their own “market research,” as well. Marni Lemons says her team discovered that radio ads have a high impact among the low-income population in Indiana – they plan to run spots on local stations throughout the month of April.

It’s this kind of collaboration Peirce says he appreciates.

“The Office of Early Childhood and Out-of-School Learning [at the FSSA] really seemed to listen to the intake agents,” Peirce says. “The agency has been really involved and willing to listen to changes we think need to be made.”

As has been the case since last fall, funding and program timelines continue to be of concern for Dennis Rittenmeyer.

The primary fundraising contact for Lake County, Rittenmeyer says he has managed to raise close to $140,000 of his community’s required ten percent match for the fall program. In total, he hopes to raise $240,000. 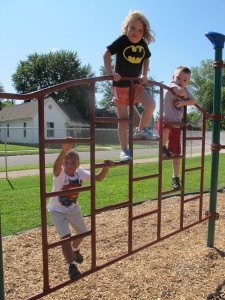 “I’m pleased with what we have done,” Rittenmeyer says. “It isn’t easy.”

Much of Rittenmeyer’s concern stems from the deadlines he’s been assigned by the FSSA. He says due to the timing of the launch this winter coinciding with the holidays, Lake County leaders weren’t able to fully complete the enrollment process for their 96 participating families until late February – and that posed issues for tallying tuition totals.

“They wanted our match the middle of December, and at that time, because of the lateness of the registration periods, it was impossible to know what that number was,” Rittenmeyer explains. “It wasn’t until February that we knew how many kids placed and what the individual tuition charge was.”

Marni Lemons says she agrees providers didn’t have a lot of time to prepare, and adds the FSSA anticipated the first cohort would be a challenge because it came in the middle of the year.

“We think that since most people are thinking about enrolling their kids on a school-year basis, we think that some of those challenges will take care of themselves,” Lemons explains.

In all, Rittenmeyers says he’s pleased with the way things are going this time around.

The hunger for high-quality preschool in the state capitol has only intensified in the past year, as evidenced by the large percentage of pilot families located in and around Indianapolis – as well as Mayor Greg Ballard’s plan to offer his own pre-k program.

Participation guidelines vary a bit between the two programs. The city’s initiative – called the Indy Preschool Scholarship Program, or “Indy PSP” – will admit 3-year-olds; On My Way Pre-K is for 4-year-olds planning to enter kindergarten the next year. Additionally, PSP cuts eligibility at 185 percent of the federal poverty level – the state program only includes those up to 127 percent of that line, about $30,000 annually for a family of four.

To avoid confusion and aid in serving more families, Indy PSP will utilize some pilot resources. Those interested in either program will fill out the same application on the FSSA’s website, and based on the information they provide, experts with the United Way of Central Indiana will determine which program they qualify for.

But the children will ultimately wind up in the same places – Indy PSP will also use providers approved through On My Way Pre-K, which Marni Lemons says allows for an equal level of quality throughout the city.

“[It’s] really terrific, and kind of a great endorsement of what we had done in advance, that the Indy program decided rather than reinventing the wheel that they would go with ours,” Lemons says. “At the end of the day, the goal for everyone is to provide high-quality preschool for children. They’ll all be served from the same high-quality providers, and we think that that’s what’s most important.”

The majority of winter/spring participants in Vanderburgh County attend a program through the Evansville Vanderburgh School Corporation. Jay Young of the Evansville Courier & Press reports the next most populous group enrolled in a program at one of the area’s four licensed centers:

Vanderburgh also benefited from an earlier prekindergarten grant program offered by the state for early education centers, and about 90 children are being served through those dollars, said Jennifer Drake, president and CEO of the child care referral agency 4C of Southern Indiana Inc. Drake headed up the county’s successful application to become a part of the state’s pilot program.

“There are enough options out there that a family can choose from an ample supply and choose a program that really matches their own needs and aspiration for their child,” Drake said.

Families interested in signing up for the fall program can sign up at onmywayprek.org until April 30. If more families qualify than there are grants available, the FSSA will select participants through a lottery process in early May. Once a child receives a grant, families have until July 31 to choose an approved provider.