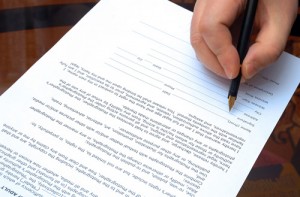 Indiana education leaders are looking to enter into a new contract for the ISTEP+ test. (Photo Credit: thinkpanama/Flickr)

As you probably know by now, Indiana is looking for a new vendor to produce the ISTEP+ test through spring 2017 – and they have a lot to consider as they do so.

We reported earlier this week that the state released a set of recommended providers for a variety of statewide K-12 tests, including the ISTEP+ as well as the IREAD-3 and End of Course Assessments.

But here at StateImpact, we don’t just serve up the meal – we want to show you how it’s made. So let’s take a closer look at how the process to pick those vendors works.

What is an RFP?

Indiana’s purchasing procedures are primarily based on the estimated cost a state agency is willing to pay for a product or service. Contracts, or “awards,” are generally made to the lowest priced bidder meeting the agency’s requested specifications.

The Department of Administration – who assists in the selection process – uses different methods to seek vendors, usually based on the estimated cost. In the case of the statewide assessment, this process is called an “RFP,” or “request for proposal.” This method is used for projects with a projected cost over $75,000 in which factors other than the price tag also play a significant role. This is important in purchasing an assessment, because the state doesn’t just want the cheapest test, they want a quality test as well.

Using an RFP gives state agencies more control over the selection process, since they determine all specifications bidders must meet. It allows for more negotiation as well – rather than just the best rate, agencies are looking for the best value. 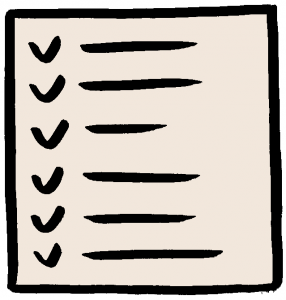 How this works for ISTEP+

The Department of Education – the “requesting agency,” in this case, because that’s the entity responsible for administering the ISTEP+ exam – issued the RFP in late August 2014.

Five interested groups submitted proposals – including current vendor CTB-McGraw Hill. IDOA staff acted on behalf of the IDOE, scoring candidates on a variety of factors – primarily quality and cost-effectiveness, but also items such as the group’s economic impact (how many full-time employees they house in-state), veteran and minority participation, and investments in state businesses.

Based on those evaluations, Pearson had the highest overall evaluation score of all five bidders – a total 78.84 out of 103 possible points – and the IDOA recommended they deliver the ISTEP+ through 2017. The company operates in more than 70 counties, and its North American division has a presence in Indianapolis.

According to award recommendation materials (pictured below), Pearson had the second highest cost proposal of the five interested bidders, and the IDOA estimates their contract will cost around $38 million over two years. This averages out to about $19 million a year – about the same amount the state paid CTB for this year’s test, and less than in the previous three years.

At Thursday’s State Board of Education meeting, many board members expressed concern about the cost. Dan Elsener reminded his colleagues the matter requires a lot of thought.

“We’re trying to raise our standards, we want our students prepared,” Elsener said. “It can be done efficiently, but it will take an investment.” 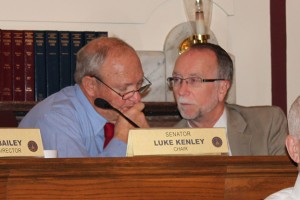 Here’s where the concern comes in: like we mentioned above, the ISTEP+ appears on a longer list of statewide assessments administered each year. The $38 million estimated for the ISTEP+ is one item on a $133 million price tag for all those tests. And the current biennial state budget proposal only allocates about $45 million for testing and remediation.

The Senate Appropriations Committee began discussing the budget last week – and its chair, Sen. Luke Kenley, R-Noblesville, has expressed a desire to use a nationally-crafted test rather than going state-specific in order to save money.

“I think that getting the results of the (requests for proposals) and looking at the price tags is a helpful step in motivating everybody … to try to sit down and work on this thing, to get a resolution out that everybody gets comfortable with what we think will be beneficial for the students and for the teachers in the state,” Kenley said.

The education department, he said, is scheduled to present its budget proposal to the Senate Appropriations Committee on March 19. If the cost for testing remains as high as it is, Kenley said he’s not inclined to move the department’s proposal forward. The State Budget Committee, which will meet separately later on this year, must also review the test contracts.

Although Pearson has been selected, a final contract will not be awarded until any appeals have been addressed. The due date to submit an appeal is March 18.